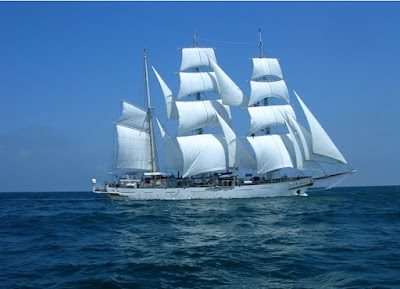 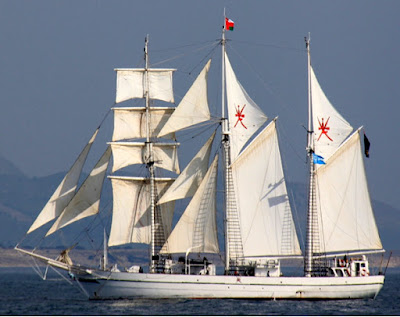 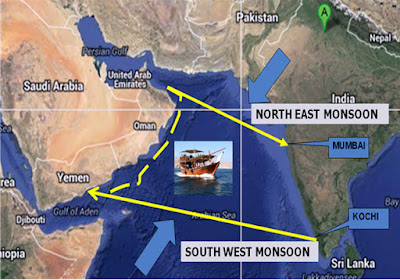 Tall ships of Indian Navy and Royal Navy of Oman (RNO) set sail together from Muscat to Kochi to celebrate 60 years of diplomatic relations between the two countries as well as to retrace the historic sail ship voyages undertaken by Dhows, and sail trading ships from both countries to each other’s ports, taking advantage of seasonal winds. These seasonal winds are called ‘Mausam’ in Arabic. The flourishing trade of spices and garments from India and dates and gold from Oman, nurtured the two civilisations, developing cultural and trade linkage over many centuries. Since then, over five lakh Indians have made their home in Oman strengthening cultural linkages between the two nations.

Indian Sail Training Ship Tarangini had earlier reached Muscat on 22 Nov 15 and a host of activities including media interaction were conducted by the Indian High Commission at Muscat. Rear Admiral SK Grewal, Flag officer Sea Training (FOST) attended the events at Muscat. The ship also embarked ‘Distinguished’ personnel for short duration during the sail out on 24 Nov 15. A Flag Officer from Indian Navy is planned to be deputed for the event at Muscat.

In consonance with the spirit of the event, cadets and young officers from Royal Navy of Oman will embark Indian Sail Training Ship and a few officers and cadets from Indian Navy will embark STS Shabab Oman during sail together from Muscat to Kochi.

On arrival of both Sail Training Ships at Kochi, a grand welcome and a befitting closing ceremony to this endeavour are planned from 04 - 07 Dec 15. Various events such as Distinguished Visitors Programme (DVP), media interaction, reception hosted by both ships, cultural/ heritage tour for RNO personnel, sports fixtures and visit to Indian Naval facilities at Kochi by RNO personnel are planned.

The event, celebrating 60 years of establishing diplomatic relations, as well as one of the first major event under ‘Project Mausam’, will further strengthen diplomatic and maritime linkages between the two countries and pave the way for more such endeavours.