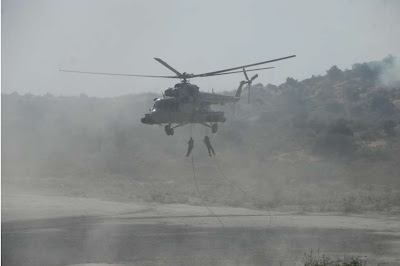 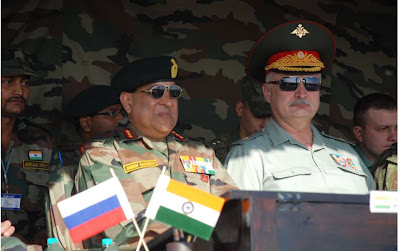 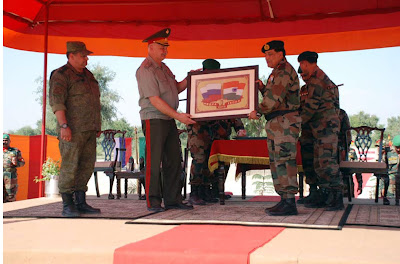 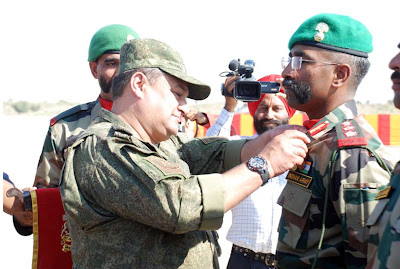 Joint Indo-Russian Military Exercise INDRA-2015 culminated in Mahajan Field Firing Ranges of Rajasthan on 18 Nov 2015.  The final stage of the exercise was held at the Mahajan training range during which the consolidated group of forces of the two countries, acting under the auspices of United Nations, assisted the government of a third country in combating armed terrorists in a semi-urban terrain.  During the conduct of the joint exercise, it was noted that there is great commonality in our approach and views to deal with such challenges.

After two weeks of intense and exacting military training, the Joint Exercise finally concluded with a closing ceremony, wherein both the contingents showcased their immense talents with unique traditional touches.

INDRA-2015, the Indo-Russian joint tactical exercise began on 08 November.  The two countries’ contingents conducted focussed training and strived to understand the functioning of each other.  Inter-operability procedures were high on the agenda for both the Armies.  The exercise also provided a unique opportunity to both the Armies to share experiences and strengthen mutual trust and co-operation