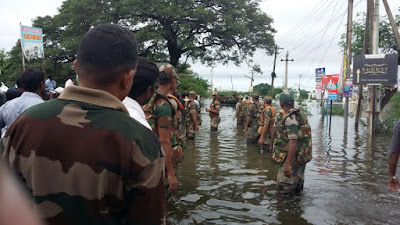 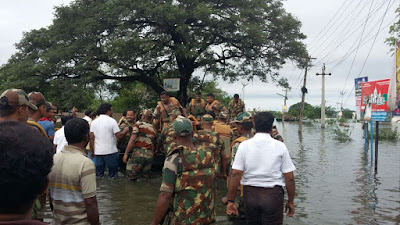 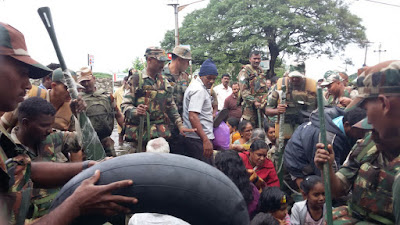 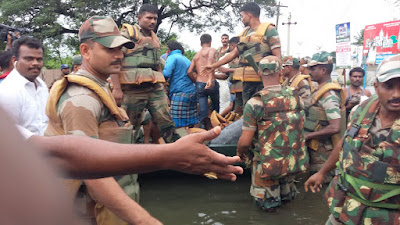 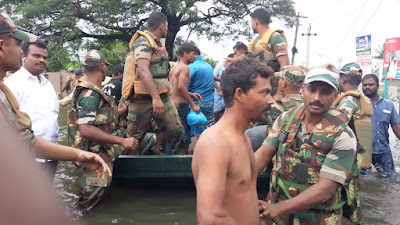 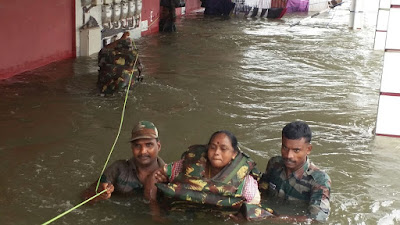 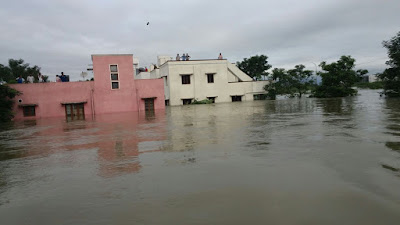 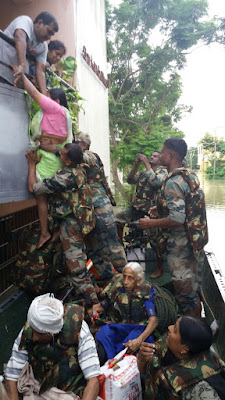 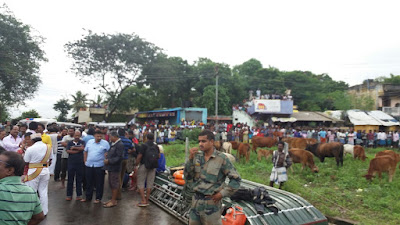 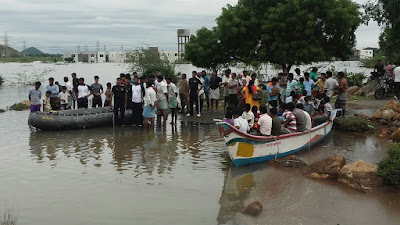 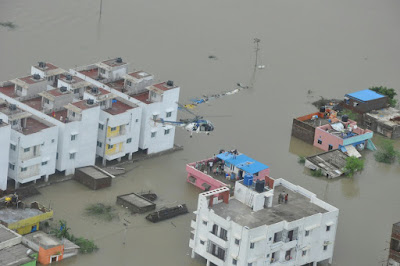 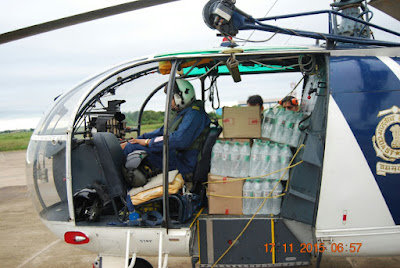 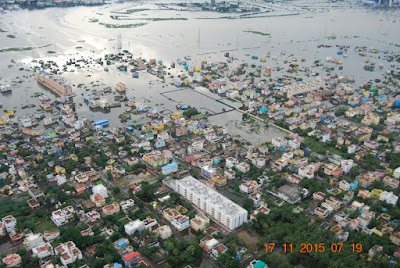 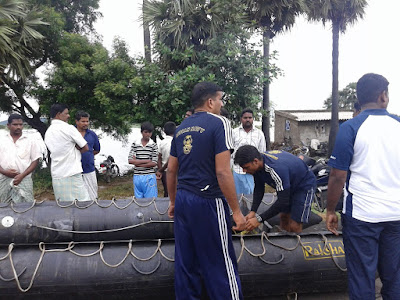 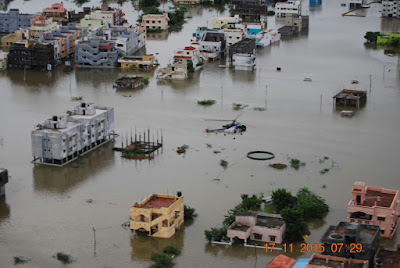 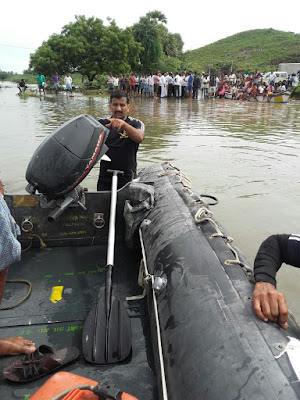 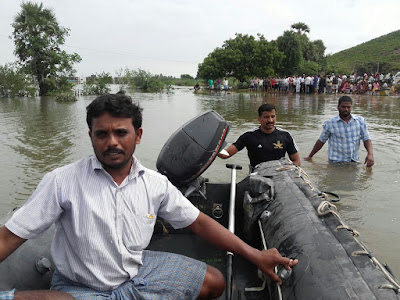 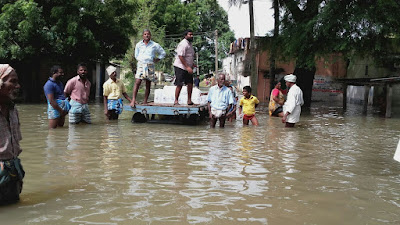 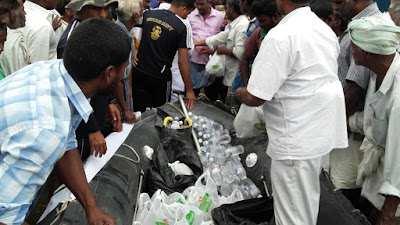 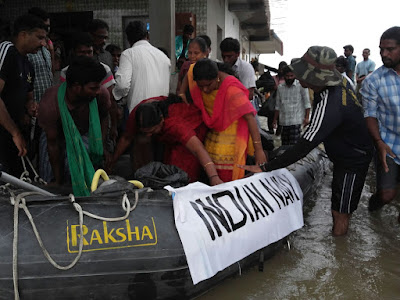 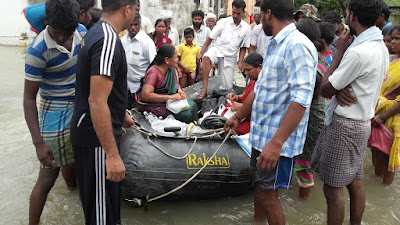 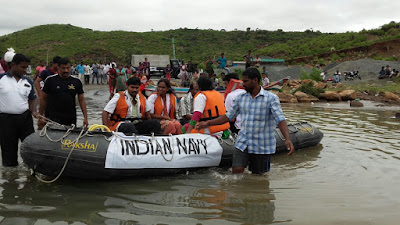 The Indian Coast Guard launched relief operations in the flood affected areas of Chennai yesterday. An initial sortie was undertaken by the ICG helo in the afternoon of Nov 16 2015, to assess the ground situation. Further sortiees could not be undertaken due to incessant rains and poor visibility.

Subsequently two helicopter sorties were undertaken this morning and approximately 500 kg of relief material comprising bread, biscuits and drinking water supplied by the State govt was air dropped in the areas around Tambaram where people were seen stranded due to floods.  The Coast Guard helicopters are kept stand-by to augment the relief efforts. Further as required by the State govt, the Indian Coast Guard has been deploying its assets at sea for rescue of fishermen and their boats in distress. Along the Tamil Nadu and Andhra coast during the ongoing monsoons and have stood by them fully committed in times of need.

Two columns of Army teams along with Medical teams and boats deployed for the relief and rescue operation in flood affected areas since last evening in Chennai and Kanchipuram Districts on request of District Collectors. 450 people were evacuated so far and food packets distributed to the stranded people. column 1 launched at Theradi Steet and column 2 launched at Samathaperiyar Nagar near Mudichur and Tambaram.

Naval Officer in Charge Tamilnadu and Puducherry called for a press meet at 12.30 pm today regarding Flood relief Operations.

Heavy rains have lashed Chennai and surrounding areas for past one week. Due to these torrential rains several areas in and around Chennai have got flooded and inundated.

Tamil Nadu State Government requisitioned the Army in the evening of 16 Nov 2015 for conduct of Flood Relief Operations. Immediately, one flood relief column, with six Boat Assault Universal Type (BAUTS) and two Out Board Motors (OBM) was activated and deployed by 2115h from the Garrison Infantry Battalion located at Chennai. At 0600h on 17 Nov 15 the second column was deployed.

Both Columns are carrying out relief operations at Tambaram and Mudichur areas in Chennai. Till 1600h on 17 Nov 15, the columns had rescued approximately 882 civilians and distributed 350 food packets and water bottles. In addition a medical team has provided first aid and medical assistance to about 200 persons. Assistance was also provided to two civil hospitals (Miot and Global Hospital) for shifting of patients. The relief operations are in progress.