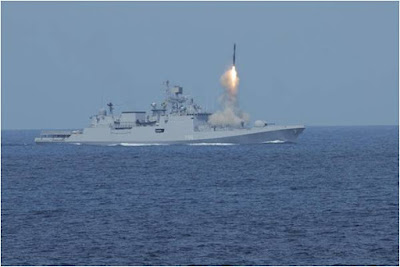 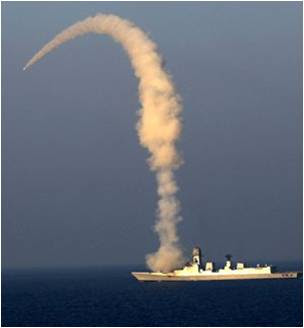 The formidable BRAHMOS supersonic cruise missile on Sunday, November 1, 2015 validated its strike power yet again after being successfully tested from Indian Navy’s newest stealth destroyer
INS Kochi on the west coast of India. The second of Project 15A “Kolkata-class” guided missile destroyer test fired the advanced BRAHMOS missile system as part of an Acceptance Test Firing during a naval drill being conducted on the west coast. The world’s fastest cruise missile, after performing high-level and extremely complex manoeuvres, successfully hit a decommissioned target ship ‘Alleppey’ located at nearly full range of the missile (290-km) with high precision.“After two successful test trials from INS Kolkata in June 2014 and February 2015, today’s test firing from the follow-on INS Kochi has validated the newly-commissioned ship's systems.

The warship has the advanced capability of carrying a total of 16 BRAHMOS missiles in two 8-cell vertical launch systems, besides other sophisticated weapons and sensors.

BRAHMOS missile having supersonic speed of Mach 2.8, a very low-cruising altitude of 10 meters at terminal phase and pin-point accuracy, would make the warship one of the deadliest in the Indian Navy fleet. The two-stage BRAHMOS missile has been jointly developed by India and Russia. It has been in service with the Indian Navy since 2005.Today’s test was the 49th test firing of BRAHMOS.