Territorial Army To Be Utilised In Clean Ganga Mission 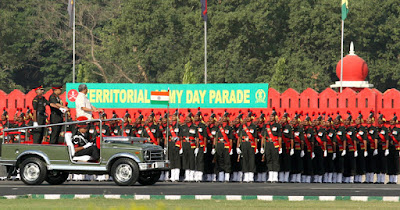 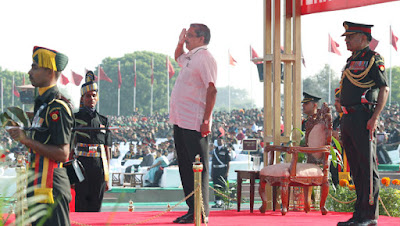 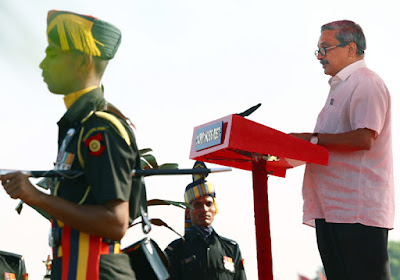 The Defence Minister Shri Manohar Parrikar has said that the Government is looking forward to utilize the personnel of Territorial Army (TA) in ‘National Mission for Clean Ganga’. Addressing the 66th Anniversary Parade of TA here today, he expressed confidence that the dedicated and disciplined personnel of TA will leave a lasting impression of their effort similar to those as have been witnessed in the field of reclamation of environmentally degraded lands and restoration of ecological balance.

The Minister said TA has a distinguished history and has been a bulwark for the nation in extremely challenging condition during war, counter insurgency operations as well as natural calamities. Over a period of time, Territorial Army has transformed from being a ‘Reserve’ to a motivated and trained force. He stated that the TA has its imprint over a vast geographical expanse and covers the entire span of our country including island territories, thereby effectively contributing to ‘unity in diversity’ of the country. The nation acknowledges the contributions and sacrifices made by our TA which has always risen to the challenge whenever it has been called upon to act for the security of the nation or for the service of our citizens, he added.

The function was attended by a large number of senior officers from the three Services and Ministry of Defence, officers from friendly foreign countries and all ranks of TA.