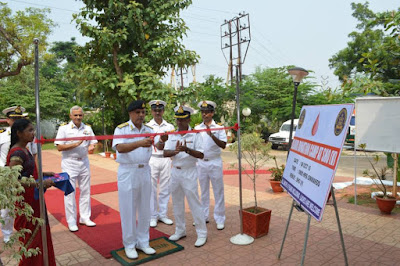 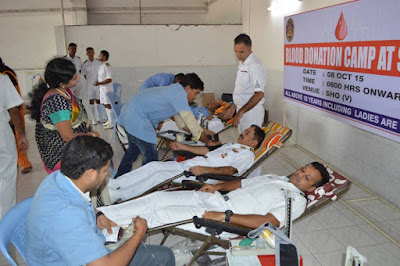 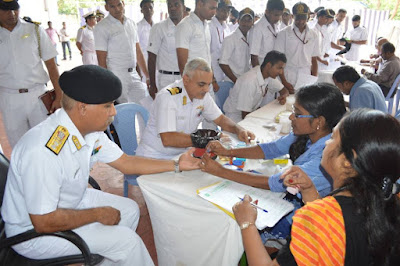 Leading up to the Navy Day on 04 December, the Navy holds a string of events aimed at showcasing the ‘Silent Service’ and for raising awareness among citizens. The Eastern Naval Command too has scheduled a series of activities as part of the Navy Day- 2015 events. These activities spread out over two months, provide an opportunity to local populace to have a closer interaction with the navy.

The celebrations started with a Blood Donation Camp organised by the Station Health Organsiation, Visakhapatnam on 08 October 2015 in collaboration with INHS Kalyani, KGH, and AS Raja Voluntary Blood Bank, Visakhapatnam.  Rear Admiral Sanjay Mahindru, Flag Officer Submarines inaugurated the camp by donating blood. There was an overwhelming response from volunteers amongst the uniformed and Defence civilians, and their family members, wherein 138 personnel donated blood.

Even as the ships of the Eastern Fleet have started visiting ports to conduct ‘Day at Sea’ and ‘Ships Open to Visitors’ along the coast of Tamil Nadu, Odisha and West Bengal in the run up to the Navy Day, a painting competition for children is being held at Rajiv Gandhi Indoor Stadium on 25 October 15. Over 1500 students including those from schools for special children are expected to take part in the event. An ‘Outreach Program’ will be undertaken on 30 October, wherein a medical camp will be held at the Integrated Vikalangula Ashram  Pathshala, Atchutapuram.