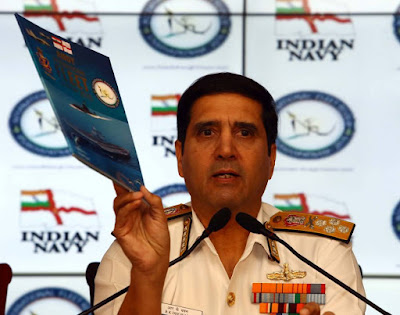 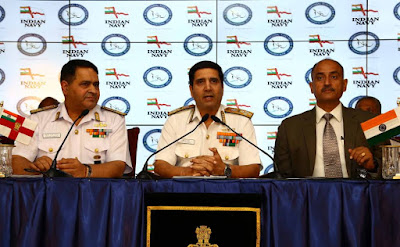 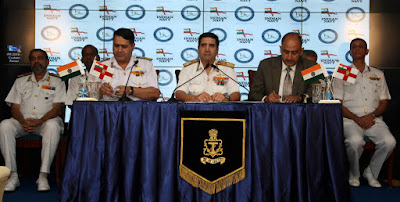 The Chief of the Naval Staff Admiral RK Dhowan today announced the Indian Navy’s plans to conduct an International Fleet Review (IFR) on the Eastern Seaboard at Visakhapatnam from 04 - 08 February 2016. At a specially convened press conference at New Delhi, the CNS said that over 50 navies from across the globe are expected to be represented at this event which would be reviewed by Shri Pranab Mukherjee, The President of India on 06 February 2016.

In the current geo-political scenario, seafarers of the world, represented by their navies have taken a leading role in bringing nations together by steadily increasing cooperation at sea. One of the important ways used by the navies to enhance cooperation and promote friendship amongst the seafaring community is through the conduct of the Fleet Review. The leading nations of the world use the opportunity provided by the Fleet Review to enhance mutual trust and confidence with their maritime neighbours by inviting their ships to participate in the Review. Called an International Fleet Review, this event then provides the host nation an occasion to display its own naval prowess and maritime capabilities whilst simultaneously generating goodwill amongst other maritime nations. The review also aims at assuring the country of the Indian Navy’s preparedness, high morale and discipline.

On this occasion, Admiral RK Dhowan said that “During the International Fleet Review, the navies of the world will come together at Visakhapatnam to strengthen bridges of friendship. We may be separated by geography, but we are certainly united through oceans. The visiting navies will also have the opportunity to display their professional skills as they sail together for exercises to increase mutual cooperation and interoperability, with the underlying theme of keeping the global commons safe and secure in the 21stcentury.”

The specially designed signature elements for the event comprising the logo, the chosen mascot – theDolphin, the adopted theme as United through Oceans and the theme song composed for the event were also released. The website www.ifr16.indiannavy.gov.in and the mobile app IFR-16 Indian Navy which will serve as the single window interface for interaction with the public and the participants was also launched.

The IFR logo represents the initial letters of the International Fleet Review, namely I, F and R and are coordinated in a fashion to indicate the three dimensions of the Navy, viz. Ship, Submarine and Aircraft. The inner circle has the colours of the Indian Tricolour. The outer circle has the event, the year and its venue.