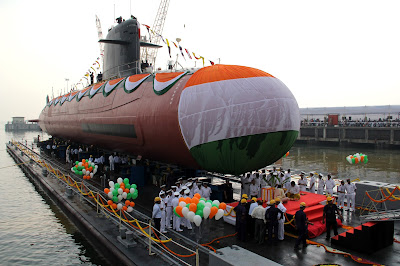 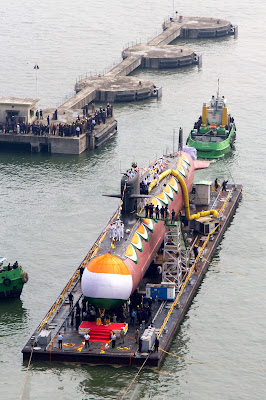 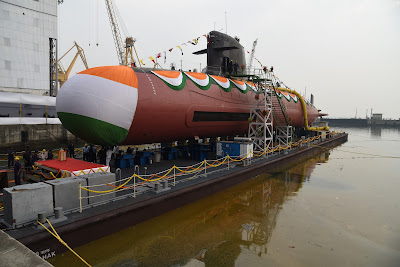 Mazagon Dock Shipbuilders reached another milestone today as the first submarine 'Kalvari' being constructed at the shipyard was separated from the pontoon and set afloat at Naval Dockyard Mumbai. A puja ceremony was earlier undertaken at Mazagon Dock on October 27, 2015. The boat is now slated to undergo rigorous trials and tests which would certify each system to its fullest capacity.

Rear Admiral R K Shrawat, Chairman and Managing Director, MDL said on the occasion that setting afloat of the boat is a historic milestone, which has been achieved through the hard work and perseverance of all executives and operatives of the Submarine Yard of MDL. The accomplishment of this milestone would initiate commencement of sea trials which would eventually lead to commissioning of the boat into the Indian Navy in September 2016.

Mazagon Dock is constructing six Scorpene class submarines (Project 75) under transfer of technology from DCNS, France. Subsequent boats will be delivered at gaps of nine months
from each other. The project is expected to be completed by 2020.