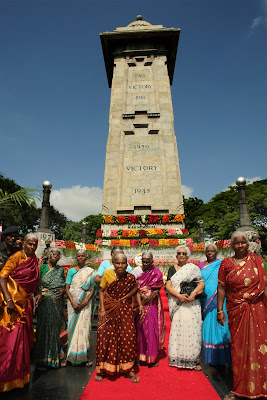 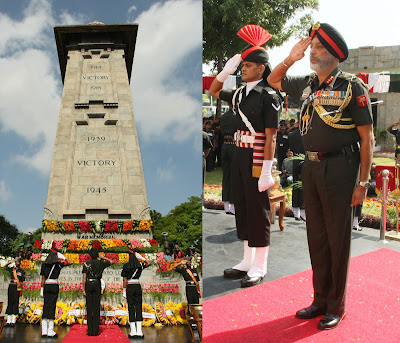 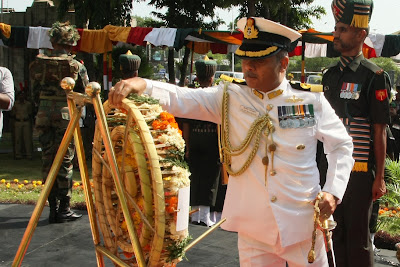 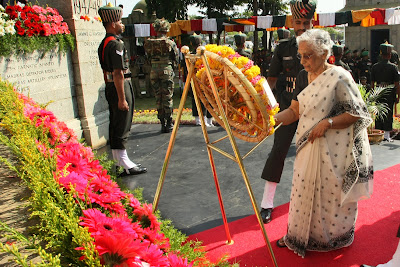 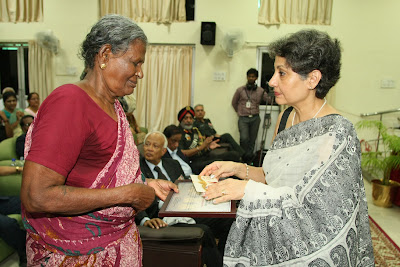 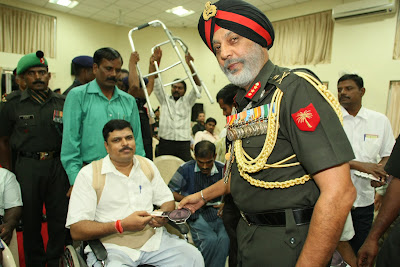 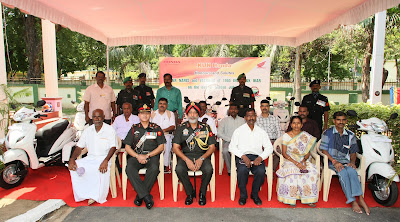 The Indo-Pakistan 1965 war was triggered by Pakistan’s Operation Gibraltar aimed to precipitate turmoil in northern parts of India followed by military action to annex Jammu and Kashmir.  During this war India had captured the strategically important Hajipir Pass which links Uri and Poonch.

To pay homage to the soldiers of all three services who made the supreme sacrifice for our Nation during 1965 War a solemn ceremony is being conducted at various War Memorials across the country where the sacrifices made by the three services are remembered and the brave soldiers honoured.

In Chennai, a Wreath Laying Ceremony was held at the Victory War Memorial located on Flag Staff House Road.  Senior serving and retired officers of the three services, Junior Commissioned Officers and Jawans laid wreaths and paid floral tributes at the War Memorial.  A well turned out and a smart guard saluted with arms and the last post was sounded followed by observing a two minute silence.  Lieutenant General Jagbir Singh, General Officer Commanding Dakshin Bharat Area was the senior most military dignitary present, on this solemn occasion.
After the wreath laying ceremony a felicitation function was held at Golden Palm Sainik Institute.  The Veterans   and Veer Naris of 1965 Operations were participated.  Veterans of 1965 Indo-Pak War Lieutenant General (Retd) VR Raghavan, Air Vice Marshal (Retd) Amith Sahul and Colonel (Retd) Krishnaswamy shared their experience during the 1965 war.