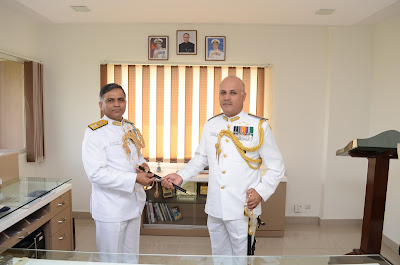 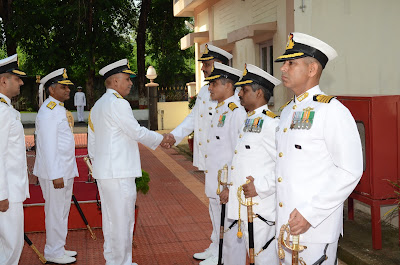 Rear Admiral Sanjay Mahindru, NM has assumed the duties of Flag Officer Submarines from Rear Admiral SV Bokhare, today, 25 September 2015. Rear Admiral Mahindru was commissioned on  01 January 85, and has served 27 years in the Submarine Arm.  He has commanded a conventional submarine, frigate and a destroyer prior assuming Command of nuclear submarine Arihant. Whilst serving ashore, the officer commanded the Navy's Submarine Training Establishment and been a

Director at Naval Headquarters.  He is an alumnus of prestigious College of Naval Warfare and has also completed the Staff Course in the United Kingdom.