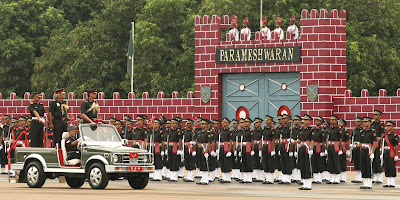 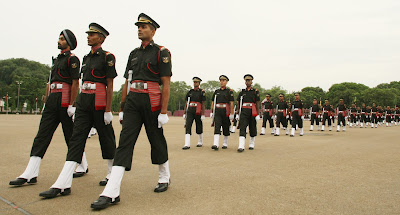 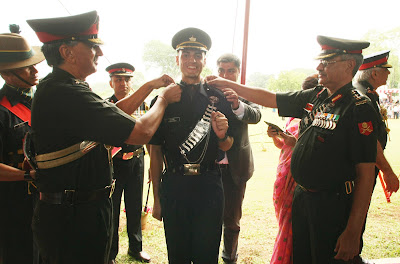 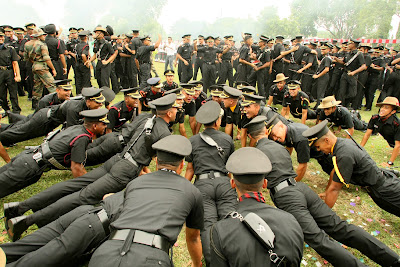 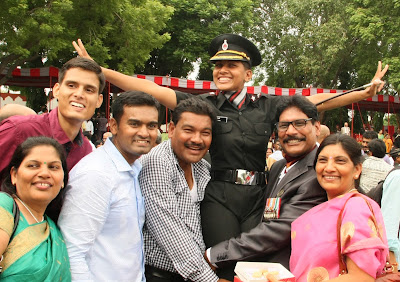 The Passing Out Parade of the Officers Training Academy was held at Chennai, today.  A total of 279 Gentlemen and Lady Cadets (230 Gentleman Cadets, 33 Lady Cadets and 16 Foreign Cadets out of which fifteen from Afghanistan and one from Lesohoto) were commissioned as Officers after the completion of vigorous training at the Academy.

The cadets marched out with precision from the hallowed precincts of the Parameshwaran Drill Square to the tune of `Auld Lang Syne’, taking the `Final Step’, thus symbolising the end of their training, which infact is the `First Step’ towards a demanding and stimulating career as the custodians of the Nation’s integrity and honour.  The proud parents of the cadets, dignitaries and members of the diplomatic fraternity witnessed the mesmerizing parade.

Addressing the Parade, the Reviewing Officer said “The Indian Army has a formidable image at home and abroad for its professionalism, patriotism and discipline.  Indeed the Army is admired for the exemplary service it renders in the face of external and internal challenges, peacekeeping operations or while providing relief and rehabilitation in time of the nations need.  I call upon each one of you to correctly comprehend the fine qualities expected of you and urge you to constantly endeavour to be fully equipped to meet your responsibilities and expectations head on.  Remember the troops you will command are the finest in the world and you must treat them decently and with respect.  In addition to leading them well in operations, it is your duty to look after their welfare and ensure a good quality of life for them.  The power of leading by example continues to be pre-eminent”.

The cadets were pipped as officers, by their parents in front of the Parameshwaran Drill Square.  The event was followed by an oath taking ceremony and National Anthem.  Apart from the President’s Commission to lead the world’s second largest Army, each of the newly commissioned Lieutenants would also be awarded a Post Graduate Diploma in Defence Management and Strategic Studies by the Madras University.

The parade was witnessed by the Military and Civil Dignitaries, the family members, relatives, friends of the newly commissioned officers, alongwith the Officers and families of OTA and the officers of Headquarters, Dakshin Bharat Area.  The Reviewing Officer was accompanied by Lieutenant General RP Sahi, Commandant, Officers Training Academy and Lieutenant General Jagbir Singh, General Officer Commanding, Dakshin Bharat Area.