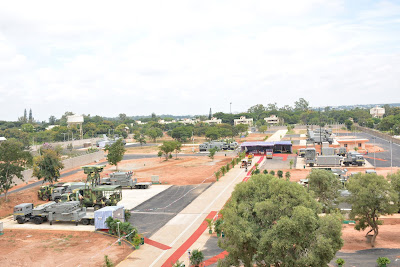 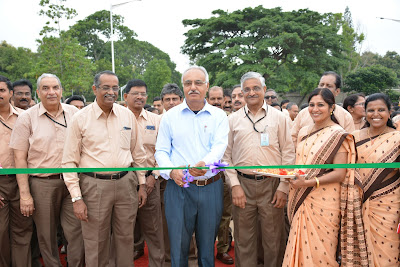 The Integrated Test Bed Facility is a first-of-its-kind in India for testing and integration of Missile and Weapon Systems. The test bed is spread over an area of 14 acres consisting of nine concreted hard stands, strategically positioned to verify various interfaces between the combat elements of Missile Systems under complex threat conditions, including ECCM scenarios. All the elements are interfaced either in Line mode or Radio mode. The total war scenario can be made available for the verification of full functionality of Integrated Missile Systems/Weapon Systems.

The test bed will be utilised for calibration of navigational equipment fitted in Radars and Launchers, Radar calibration and compensation of bias between target and missile channels. The test bed is incorporated with Multiple BITE facility for verification of performance of target tracking and guidance commands in multi-target, multi-missile scenario. The Integrated Test Bed facility is established with Identify Friend or Foe Transponder for verification of the secondary Radar function along with the primary Radars. This test bed will also be utilised for imparting training on combat operation and Standard Operating Procedure drills to the users.