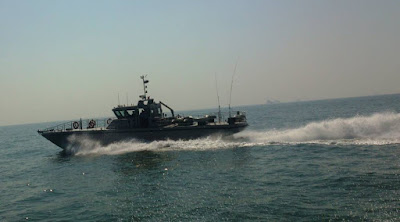 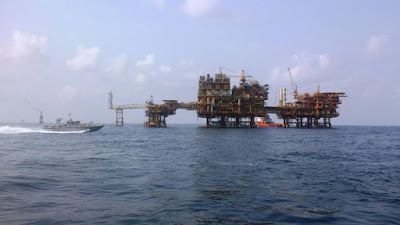 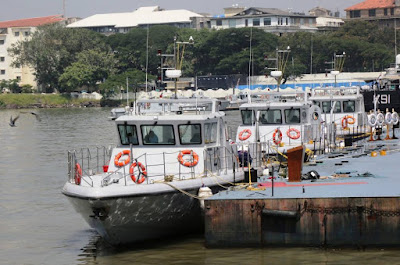 Commissioning of Indian Navy To Commission Immediate Support Vessels scheduled on 29 Sep 15
Three Immediate Support Vessels (ISVs) are scheduled to be commissioned into the Indian Navy in presence of Vice Adm SPS Cheema, the Flag Officer Commanding-in-Chief Western Naval Command as T-48, T-49 and T-50 on 29 September 2015.  This will take up the total number of such vessels to 23 of which 17 will be based at Mumbai. In keeping with the Prime Minister's call to 'Make in India', 14 of the ISVs were built indigenously by M/s SHM Shipcare, Thane while four were built by M/s ADSB and five by M/s Rodman Polyships.

These vessels provide protection to the Offshore Development Area, Bombay High oil platforms as they are commonly known as, which accounts for approximately 70% of the indigenous hydrocarbon production in the country.

Built to international standards, by adopting state of art material and production technologies, these ships, armed with Heavy Machine Guns (HMGs) and propelled by Water Jet propulsion, can operate at maximum speeds of 40 Knots, economical speeds of 20 Knots with an endurance at sea of 500 nautical miles. These ships are also equipped with advanced sensors and navigational aids. A day/ night surveillance capability coupled with speed, excellent maneuverability and advanced communication enables these ships to protect the ODA against asymmetric threat from anti national elements. These ships can also rapidly insert and extract MARCOS from oil Platforms, should the need arise. ISVs are also being tasked for search and rescue and law enforcement around these critical national assets.

True to their mettle and trust espoused in them by the nation, since their induction in Jan 2013, ships of this class have undertaken 231 deployments and logged 67,000 nm on patrol in the ODA. These ships are thus fulfilling the mandate for presence, surveillance and reliable response capability by creating a niche in the maritime security domain.