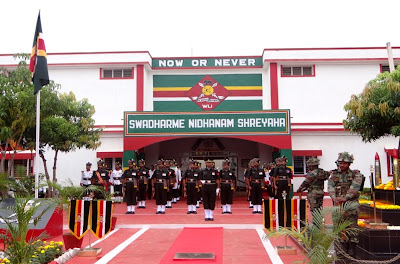 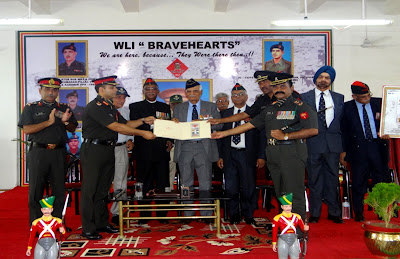 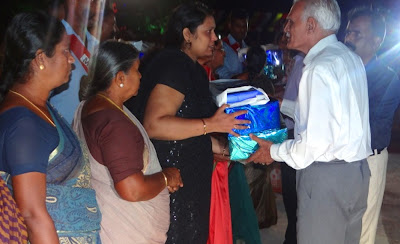 The Battle honour was awarded to the unit for its Gallant action in the battle of Maharajke in Sialkot Sector on Night of 07/08 September 1965.

The event was attended by 37 War Veterans of the battle of Maharajke and host of Ex-servicemen who joined the battalion to pay homage to martyrs and honour the Veer Naris (War Widows).

During conduct of the event all serving and retired personals of the battalion paid homage to the martyrs during the memorial service and 15 Veer Naris were felicitated during Maharajke evening, an evening dedicated to the martyrs and War heroes.

Special cover was released by the Army Postal Service to mark the commemoration of Golden Jubilee of unit’s battle honour Maharajke earned  by the Wallajahbadis by the supreme sacrifice of its men in the line of duty during Indo-Pak war 1965.