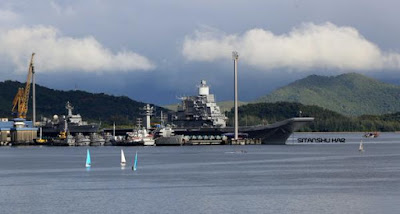 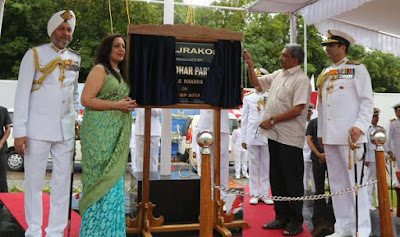 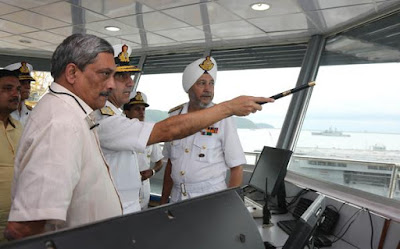 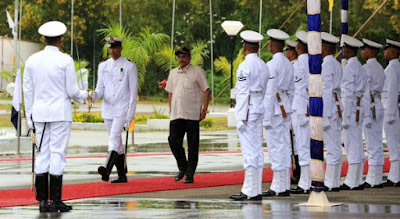 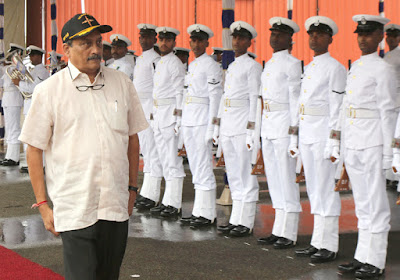 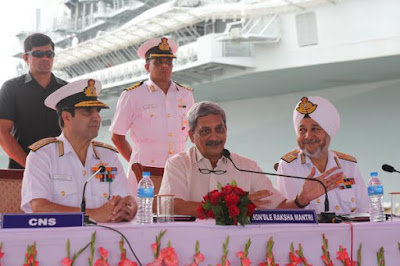 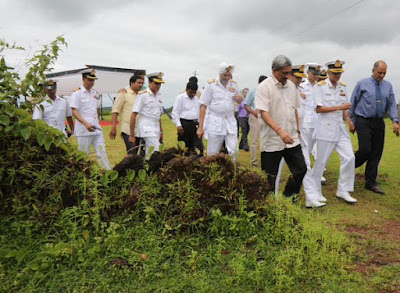 Karwar is poised to emerge as the Indian Navy’s premier base on the Western seaboard in the not too distant future. Some of the vital naval assets are planned to be based there. Naval units operating out of Karwar are required to be equipped with specialised armaments and missiles. These sophisticated missiles and ammunition require special storage facility and specialised servicing facilities. INS Vajrakosh will have all the required infrastructure and is manned by specialists to meet these requirements..

The rain-soaked commissioning ceremony earlier in the day was marked by traditional naval parade with precision. Captain Arvind Chari, Commanding Officer, read out the Commissioning Warrant and the Naval ensign was hoisted while the Naval band played the National Anthem.

Speaking on the occasion, Shri Parrikar emphasized the importance of a strong and modern navy for a maritime nation like India. He said Navy helps in maintaining peaceful, stable and orderly environment for socio economic growth and national development.

Commissioning of INS Vajrakosh has marked the successful completion of a complex and modern project.The Minister exhorted the crew to ensure that the ‘missiles in Vajrakosh remain ever ready for operational deployment’. He expressed confidence that maritime security of our nation is in capable hands and each ship, aircraft and naval personnel stands tall and ready to protect our nation. He added that it is the task of naval personnel to protect the nation from the enemy and It is our task to ensure that the interest of all those in the armed forces are taken care of.

Speaking on the occasion, Admiral RK Dhowan, Chief of the Naval Staff, noted that Karwaris poised to emerge as the Indian Navy’s most significant base on the Western seaboard in the near future. This Naval establishment has some of the most significant naval assets already in service or being inducted. With the ongoing expansion of the Indian Navy, there has been increase in the number of ships, submarines and aircraft equipped with specialized armament and missiles. These need to be stowed and maintained in the best possible manner throughout their service life.The CNS complimented the crew of INS Vajrakosh, and exhorted them to do their best in performing their technically challenging task.

The commissioning of INS Vajrakosh, the third naval establishment commissioned in Karwar, will allow the Indian Navy to further bolster the offensive and defensive capabilities of its platforms.

Shri Parrikar was taken on a whirlwind tour of the massive complex spread across hundreds of acres of land and was briefed on the future expansion plans including the proposed naval air station and housing complex.

He was also given a demonstration of the modern ship- lift facility for refits and repairs of warships.

On the sidelines of the event, Shri Parrikar also felicitated the fishermen who were instrumental in saving the unconscious pilot of Dornier (DO 240) aircraft which had crashed off Goa on 24 Mar 15. Cdr NikhilJoshi, the lone survivor of the unfortunate accident, is alive today because of the alacrity and the timely help extended by the fishermen community that night.