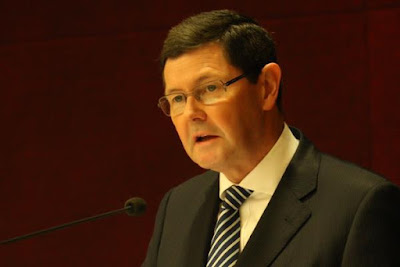 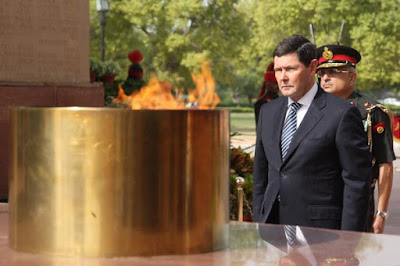 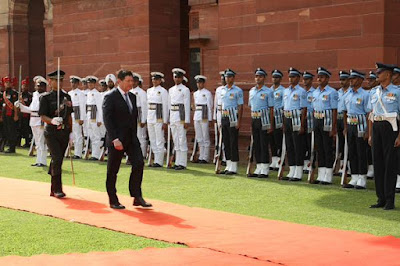 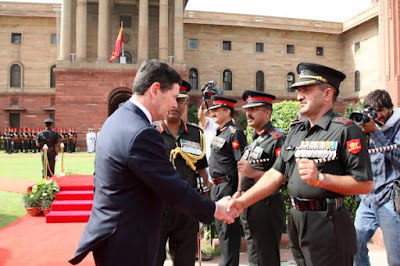 New Delhi: Speaking at length on Australia’s defence policy and Indo-Australian strategic relations, the Australian Minster for Defence, Hon Kevin Andrews today lauded India’s crucial contribution in supporting the security, stability and prosperity of the Indian Ocean region and the stability of a wider, rules-based global order. The Minister was delivering a lecture on ‘Australia's Defence Policies and Growing Synergies with India' at the Institute for Defence Studies and Analyses (IDSA) on September 2, 2015.
Terming India as a ‘key strategic partner’ the Minister said that there was still scope for India and Australia to cooperate further on broader global issues, an intention which was formally recognised during Prime Minister Modi’s November 2014 visit to Australia, when a ‘Framework for Security Cooperation’, which will include work to facilitate greater defence interaction over time, was formalised.

“Our shared history, coupled with our shared democratic values and a strong interest in a secure Indo-Pacific region, provides us with a firm foundation upon which we can confidently pursue future engagement activities in support of our joint interests,” he noted.

As two prominent Indian Ocean states, India and Australia are cooperating closely in the region. A key plank of this engagement occurs through joint work as part of the Indian Ocean Rim Association (IORA), said the Minister. “Building cooperation helps to provide for a more secure maritime environment”. By 2030, the Indo-Pacific region is expected to account for 21 of the top 25 sea and air trade routes; around two-thirds of global oil shipments; and one third of the world’s bulk cargo movements. So improving security will be crucial to protecting regional prosperity, he stated.

“Through IORA, we have promoted regional engagement in diverse fields such as maritime safety and security, trade and investment, fisheries and science and technology cooperation,” said the Minister, adding, “we are also partnering to strengthen the Indian Ocean Naval Symposium (IONS), of which Australia has been the chair since March 2014.”

Speaking on the first Bilateral Maritime Exercise between India and Australia — Exercise AUSINDEX — later this month, the Minister noted that the exercise that will take place in the Indian Navy’s Eastern Fleet exercise area, off the coast of Visakhapatnam, “marks a new and important stage in the development of our defence relationship.”

However, insisting that the potential for defence cooperation is not restricted to the navies of both the nation, he pointed out that both the nations are “slowly seeking to build our bilateral Air Force relationship based on our use of common platforms such as the Hawk, C-17, C-130 and P8 maritime patrol aircraft.”

With economic growth transforming the Indo-Pacific region into a global strategic and economic centre of gravity, the US and China relationship will be a particularly important dynamic in shaping the region. And it will be a key consideration in Australian planning and policy making in the future, he stated.

Pointing at the shift of strategic weight which is driving economic, energy and trade interdependence across the region, the Minister said that tensions in the Indo-Pacific persist, and in some cases, are becoming more acute. Australia has a legitimate interest in the maintenance of peace and stability, respect for international law, unimpeded trade and freedom of navigation and overflight, especially in the South China Sea, he noted.

“Australia does not take sides on competing territorial claims in the South China Sea, but we are concerned that large-scale land reclamation and construction activity by China and other claimants raises tensions in the region, he pointed out. “We encourage practical implementation of commitments under the Declaration on Conduct of the Parties in the South China Sea; and urge China and ASEAN member countries to make early progress on a substantive Code of Conduct for the South China Sea,” said the Minister, reiterating his nation’s stand on South China Sea.

The Australian Minster also called for cooperation in dealing with cyber threats and terrorism.