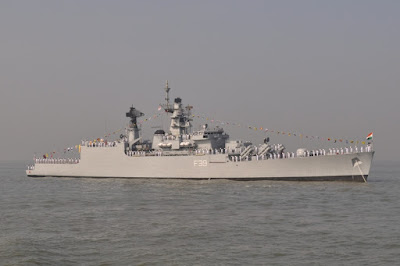 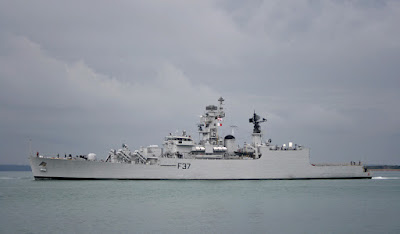 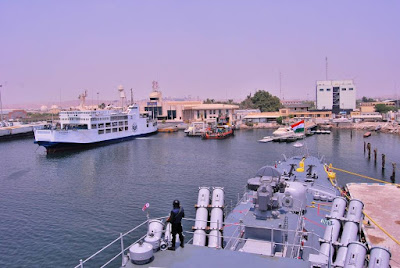 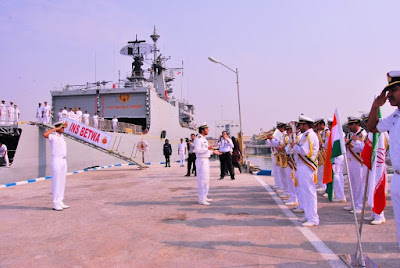 As part of a goodwill visit to strengthen the bilateral relations between India and Iran, two Indian Naval Warships, INS Betwa and INS Beas today entered Bandar-e-Abbas port. During their five day stay in Iran, the ships are scheduled to undertake various professional interactions with their counterparts in the Iranian Navy, including exercises at sea. The visit would also include training and sports events between the two navies. This deployment would add another chapter to the cordial relations and defence cooperation between India and Iran.

INS Betwa and INS Beas, both are indigenously designed and built Guided Missile Frigates of the Brahmaputra Class. The ships are 125 metres (about 400 feet) in length, displacing 3,600 tonnes and are capable of operating at extended ranges, with speeds up to 30 knots. They have state-of-the-art sensor suites and an impressive weapon package, including long range surface-to-surface missiles and anti-missile defence systems. Their combat capability is further augmented by the capability to embark two multi-mission capable Seaking helicopters.

Iran and India relationship is centuries old. There is a great deal of commonality in their language, culture and traditions. Contemporary relation is characterised by interactions in the fields of commerce, energy and education. Traditional close relations have also been further strengthened by regular cultural exchanges, commercial interactions as well as bilateral meetings and high profile visits between both countries. There are a number of Indian students in Iran. India also provides scholarships to Iranian students and presently about 8000 Iranian students are studying in India. India is also one of the favourite destinations for Iranian tourists; around 40,000 visitors come to India every year.

It has been India’s national objective to ensure a secure and stable regional environment, which is conducive for economic and social development not just at home, but also in immediate and extended neighbourhood. The Indian Navy, while shouldering its security responsibilities, is committed to these objectives and has been contributing towards humanitarian assistance, capacity building and capability enhancement of friendly foreign countries when so needed.