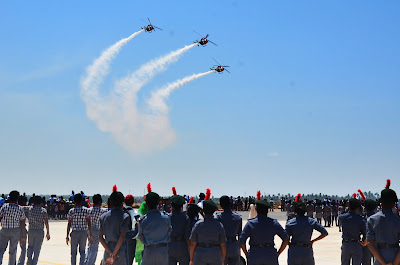 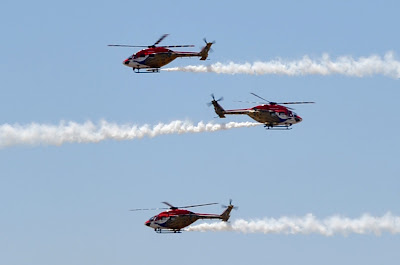 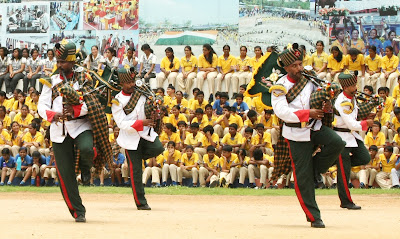 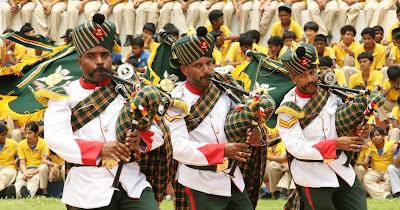 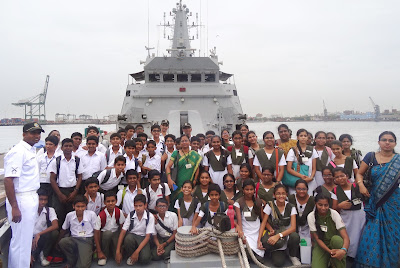 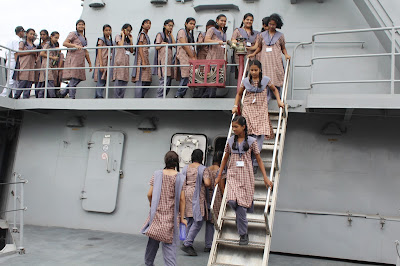 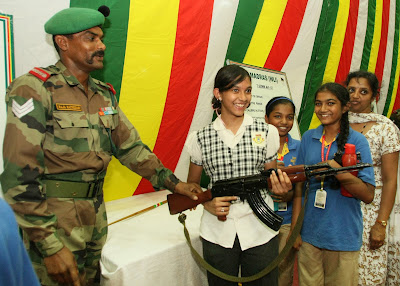 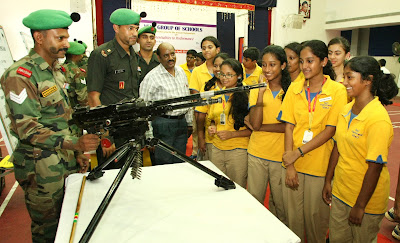 “Know Your Army - Weapon and Band display” programme was organized under the aegis of Headquarters Dakshin Bharat Area as a part of Independence Day celebrations at St Stephens Matriculation School at Pallavaram here today.

Brass Band of Officers Training Academy (OTA) Chennai displayed its skills for students and general public. A 26 member team of musicians of OTA played a number of tunes to include Martial Music, tunes portraying Quick March, Slow March and Echo. Various musical instruments like Oboe, Clarinet, Cornet etc., were melodiously played by the Band and the same were also shown to the huge gathering of children in the school. The children and others present in the premises were highly fascinated and impressed by the standards of the OTA Band Display. Indian Army is conducting various events for the general public as part of “Know Your Army” Campaign across the country on the eve of Independence Day 2015 and OTA Brass Band Team was part of the same campaign.

The event was commenced with a magnificent performance by the Pipe band of 4th Battalion of Madras Regiment followed by a display latest weapons and equipment of the unit were displayed, demonstrating the might of the Army. About 1400 children from various schools witnessed the event and enthralled by the display.

The prime focus of the initiative was to reach out to the masses, especially youths, and motivate them to join the Indian Army.


INS Sumitra was open to school children and NCC cadets on the occasion of Independence day celebrations. The programme was organised by the Indian Navy at Chennai on 14 Aug 2015. 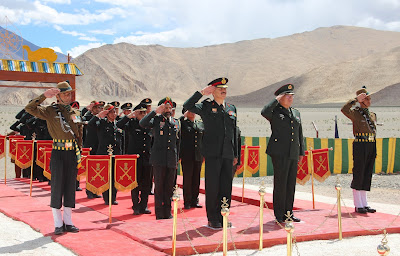 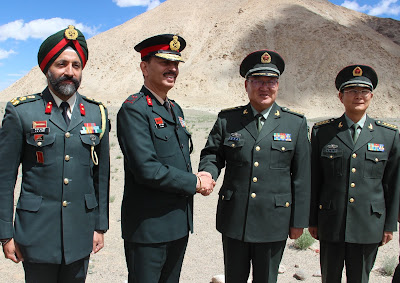 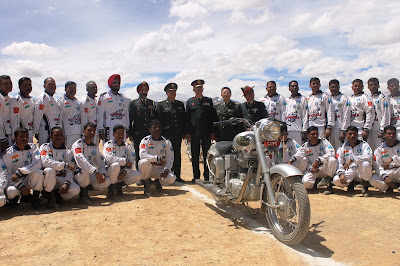 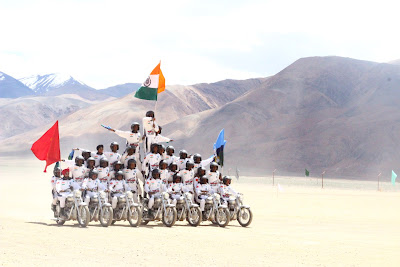 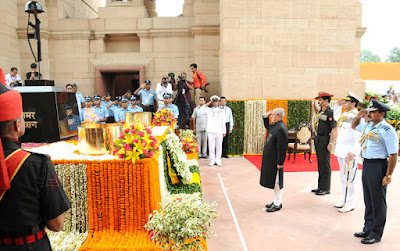 On the occasion of the 69th Independence Day, the Indian Army hosted the Chinese PLA to a special Border Personnel Meeting at Chushul in Eastern Ladakh. Addressing both delegations during the function, the Indian side extolled the virtues of maintaining peace and stability on the Line of Actual Control. The Chinese delegation was led by Senior Colonel Liu Geping. The celebration showcased the Indian culture and traditions wherein apart from traditional dances and songs, an old form of martial art called ‘Gatka’ was performed by the troops and the ‘Dare Devils’ of the Indian Army Signal Regiment performed acrobatics on their motorcycle. The world record holder team, popularly called “THE DARE DEVILS” for their death defying stunts, comprised of one officer, two Junior Commissioned Officers and 38 other ranks. The stunts were carried out at an altitude of over 14000 feet.  This was the first performance of the team to a joint audience of India and China. A Volley ball match was also organised fielding mixed team of both Indian and Chinese troops. The Chinese delegation participated in all the events with equal zeal and enthusiasm.

The day also marked a momentous occasion in India-China relations as the new Border Personal Meeting Point on the Indian Side was also operationalised in line with the Border Defence Cooperation Agreement signed between the two countries in October 2013 and would go a long way in ensuring peace and stability along the Line of Actual Control in Eastern Ladakh.  This will be the Northern-most meeting point between armies of both countries on the Line of Actual Control near Daulat Beg Oldie (DBO) on the Indian side. In the inaugural Border Personnel Meeting at DBO on the occasion of Indian Independence Day, a PLA delegation took part in the celebrations hosted by the Indian side.