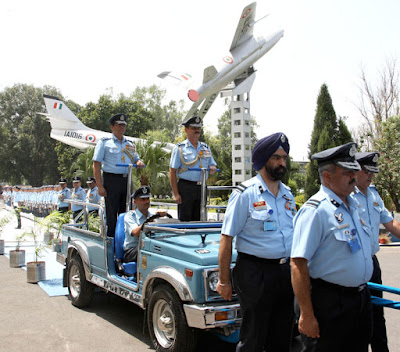 Air Marshal SS Soman PVSM AVSM VM ADC handed over the command of Western Air Command on 31st August 2015. He retired after more than 39 years of glorious service in the Indian Air Force.

Commissioned into the Flying branch (Fighter Stream) in December 1976, the Air Marshal has more than 3400 hours of flying on fighter air craft and has held many important assignments at various stages of his career.

In his final address to all the air warriors of Western Air Command, Air Marshal Soman appreciated the efforts that everybody had put in and exhorted them to continue in their endeavour to ensure ‘Mission, Integrity and Excellence’.

Air Marshal Soman is married to Mrs Rashmi Soman. She was actively involved in varied welfare activities for the air warriors and their families.