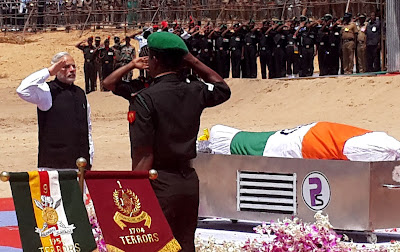 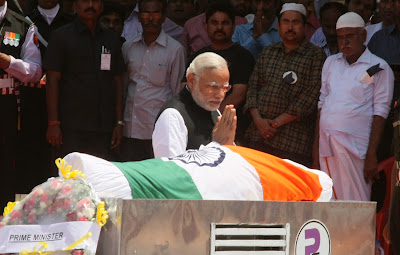 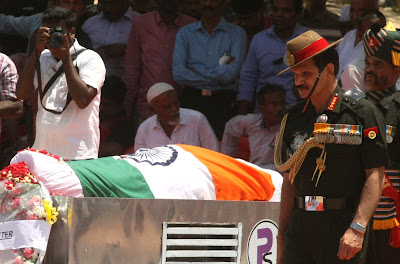 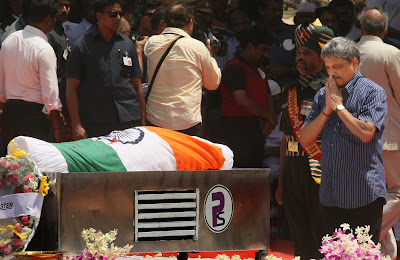 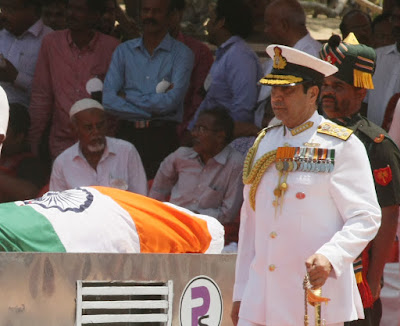 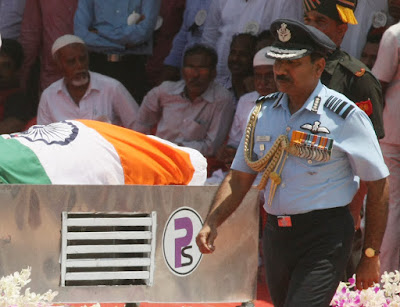 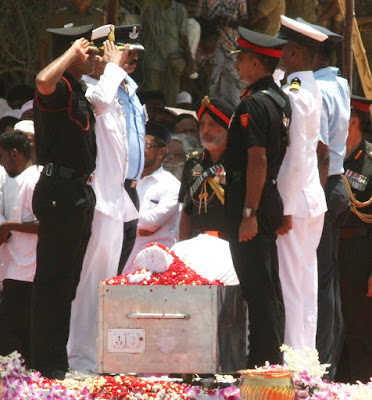 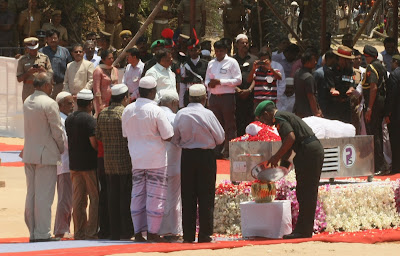 Dr Kalam’s body, draped in the tricolor Indian Flag, was brought to the burial site from his ancestral home in a flower-laden gun carriage escorted by the columns from the three services.  The sombre atmosphere during the burial of the mortal remains was broken by successive firing volleys of the Indian Army amidst haunting tunes of “Last Post” played by the Military Band as per Military Tradition.

Prime Minister Narendra Modi, Defence Minister, Governors of Tamilnadu and Meghalaya and number of Cabinet Ministers along with the three service Chiefs laid wreaths to pay their last tributes.  Earlier, Dr Kalam’s remains were laid to rest in state on Wednesday at a ground near Bus Stand for the common public to pay their homage.  The funeral procession commenced at 10 AM from his ancestral house and was brought to the Burial Ground at Pei Karumbu after prayers at family mosque.  Thousands of people participated in the funeral procession to pay their profound respect and have a final glimpse of the great man they knew as “People’s President”.