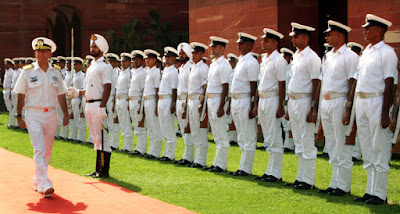 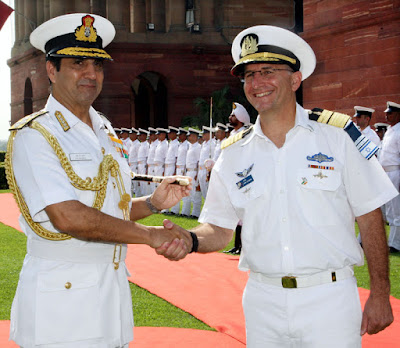 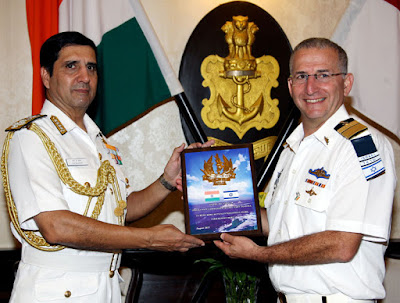 Vice Admiral Ram Rutberg, Commander-In-Chief of Israeli Navy is on an official visit to India from 24 to 27 Aug 15. The Admiral paid homage at Amar Jawan Jyoti earlier in the day and was thereafter received by Admiral RK Dhowan, Chief of the Naval Staff at South Block lawns, New Delhi and accorded a 50 men Guard of Honour.

Vice Admiral Rutberg is also scheduled to travel to Mumbai and Kochi to visit various ships and shore establishments in Headquarters, Western and Southern Naval Command respectively. The visit by Vice Admiral Ram Rutberg will further consolidate Indian Navy – Israeli Navy cooperation especially with respect to India acquiring high end technology through the recently launched ‘Make in India’ initiative. Both the countries can benefit and reap strategic advantages through such cooperation.

India-Israel relations date back to 17 Sep 1950, when India recognised formation of Israel. Since the up-gradation of relations in 1992, the defence cooperation has been one of the main pillars of bilateral engagement between the two nations.

India imports critical defence technologies from Israel. In addition, there are regular exchanges between the Armed Forces and defence personnel. The visit to India by Vice Admiral Ram Rutberg is in continuation of such high level defence exchanges.