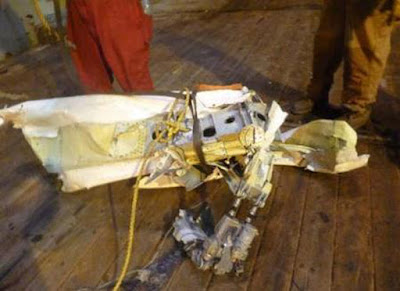 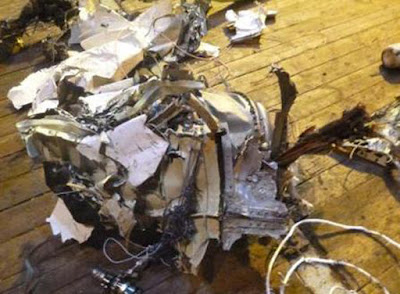 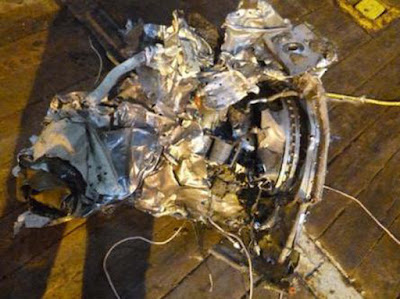 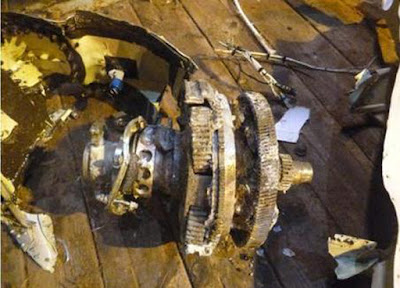 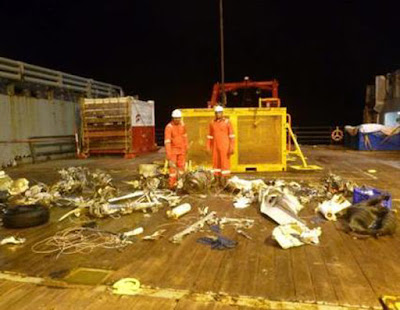 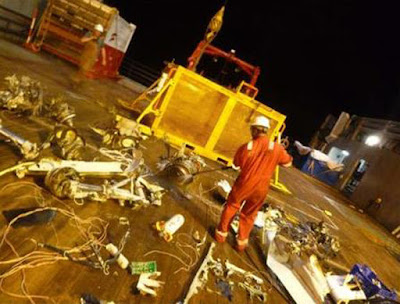 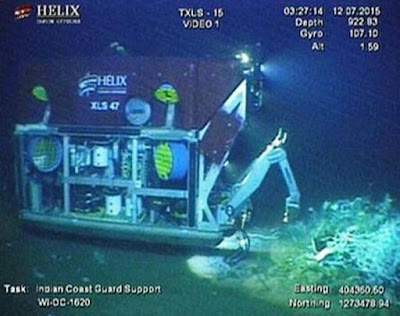 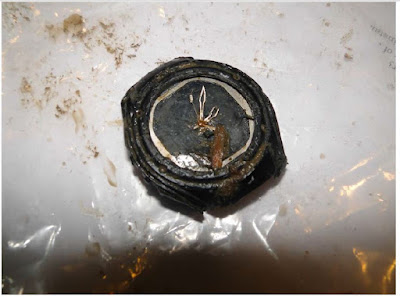 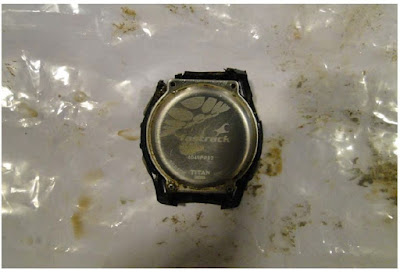 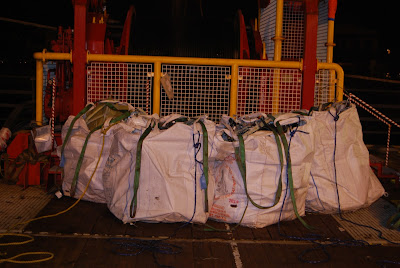 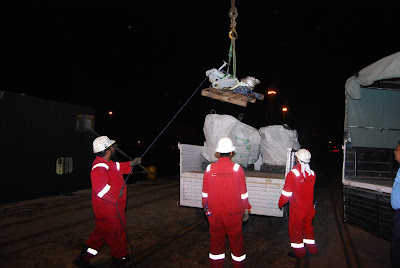 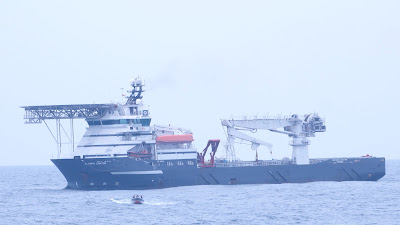 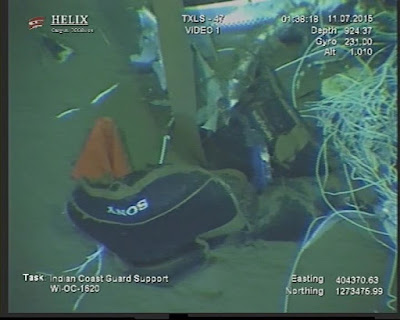 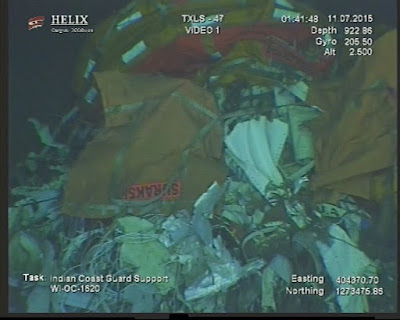 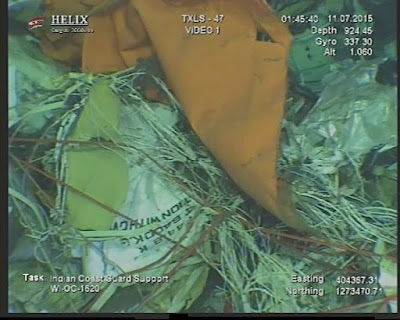 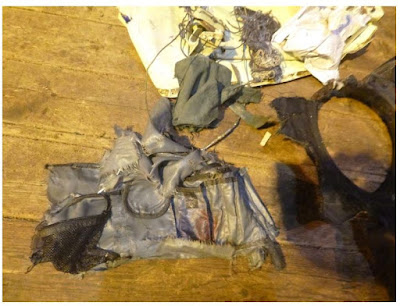 After one month the Indian Coast Guard Dornier Aircraft went missing, wreckage of the Aircraft was found at depths of 990 metres in position 17 Nautical Miles South East of Cuddolore which included the Flight Data Recorder, two Engines, Propellers, Tail and Tail Cone, Air Frame parts, Maevest, the Single line replacement unit, parts of the fuselage, part of the landing gear and the Cockpit Voice Recorder by the Reliance Vessel Olympic Canyon. The debris have been recovered from the sea bed by the vessel.

The recovery of Coast Guard Dornier 791 aircraft wreckage from the seabed off Tamil Nadu coast on 10 July 2015 was the result of ‘never say die’ spirit and the unrelenting efforts of Indian Coast Guard, Indian Navy and other agencies. It involved almost 700 hours of surface effort and nearly 200 hours of air effort by the Coast Guard, Navy, other specialized agencies of the centre and Reliance Industries Limited.

The ill-fated ICG Dornier CG-791 while on its routine night surveillance on 08 June 2015 suddenly disappeared from the radar located at Trichy when it was 32 miles north-east of Karaikal. At 2124 hours, the International Maritime Satellite (INMARSAT) terminal on board also suddenly powered off. Promptly the Regional HQs (East) launched a massive search and rescue (SAR) operational codenamed ‘Op Talash’ to locate the aircraft.

Simultaneously, four ships and a long range maritime surveillance aircraft, P-8I, of the Indian Navy (IN) were also deployed for the operation. The Subsidiary Intelligence Bureau was also requested to activate the community information mechanism to sensitize local populace and fishermen were also apprised about the incident so that they could report sighting of any debris at sea. Initially, the Surface Search was undertaken based on information shared by Trichy radar. Subsequently, the initial position of the search was revised upto 70 nm seawards and the air search area was extended upto 180 nm based on inputs from Chennai ATC Radar and powering off of the INMARSAT.

A ray of hope emerged on 12 June 2015, with the sighting of a thin oil sheen which proved to be short lived as the sample was found to be devoid of any oil derivatives. Thereafter a request was forwarded on 12 June 2015 to the IN and National Institute of Ocean Technology (NIOT), for underwater search. A Black Box detector from NIOT was fitted onboard Coast Guard Ship Vigraha.

The major challenge in the conduct of the underwater search was that the seabed in the search area had a steep gradient. Though the IN ship reported receipt of 06 pings (sub-surface transmission) on 37.5 KHz frequency, however as no subsequent transmission were received, firm position could not be localized. Thereafter on 13 June 2015, IN submarine Sindhudhwaj commenced search in the area of 15x15 Sq NM. The submarine reported sporadic sub-surface reception but as the signal was weak, the position could not be established once again.

INS Sindhudwaj, redeployed by the Indian Navy on 06 July 2015, picked up a barrage of transmissions at a depth of 990 metres from the (SLB) Sonar Locator Beacon of the missing aircraft. This proved to be the precise thread to approach the elusive source. The Reliance, upon request redeployed the MSV on 10 July 2015 commenced the search in positions identified by the submarine. The breakthrough was made by MSV Olympic Canyon on the morning of 10 July 2015.

33 days after the ICG aircraft went missing, wreckage of the aircraft was found at depths of 990 meters in position 17 NM S/E of Cuddolore which included the flight data recorder, Two Engines, Propellers, Tail and tail cone, air frame parts, Maevest, the Single Line Replacement unit, parts of the fuselage, part of the landing gear and the Cockpit Voice Recorder by the Reliance Vessel Olympic canyon. The debris have been recovered from the sea bed by the vessel.

The operation mounted for the missing CG 791  with participation of large number of national agencies is unprecedented in the maritime SAR history of India. Apart from ICG,  the IN, IAF, NIOT, INCOIS, NRSA, Naval Physical Oceanographical Laboratory, Naval Operations Data Processing & Analysis Center, the Airport Authority Of  India Limited, Coastal Security Group Tamil Nadu, Reliance Industries Limited & Omkar foundation have contributed to the undersea SAR mission. However, the role played by the IN submarine in locating the wreckage and more importantly by MSV Olympic Canyon in undertaking the mammoth task of salvage in rough sea conditions is very noteworthy.