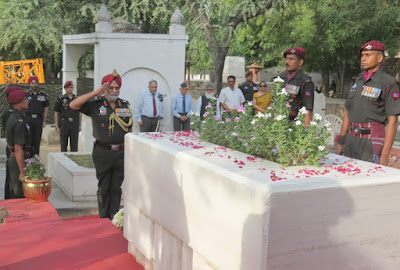 Late Brigadier Mohammad Usman, also known as the “Saviour of Naushera” , was responsible for the recapture of Jhangar & Naushera (Jammu & Kashmir) during 1947-48 war with Pakistan. The gallant officer attained martyrdom on 03 Jul 1948.

Brigadier Mohammad Usman set an example of personal courage, exceptional qualities of leadership and devotion to duty in the highest tradition of the Indian Army and was thus, rightfully honoured with the Mahavir Chakra.