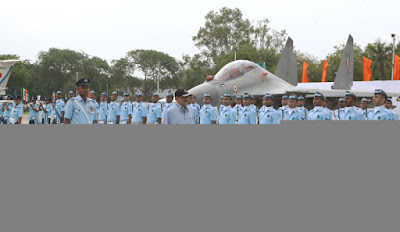 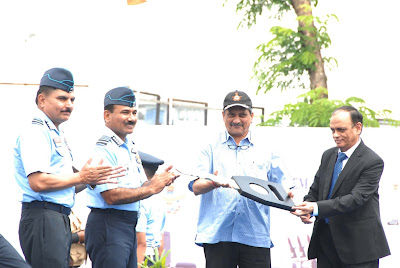 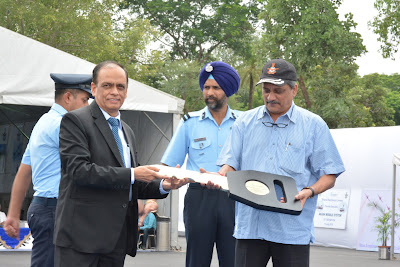 History was created at Air Force Station Gwalior on 10 Jul 15 when Hon’ble Raksha Mantri Shri Manohar Parrikar formally handed over to the Indian Air Force (IAF) the indigenously designed, developed and produced Akash Air Defence missile system. A befitting ceremony was held to mark this historic event which saw the presence of the top leadership of not only the Air Force but also of the Secretary Defence (R&D) Dr S Christopher, the Chairman and Managing Director of Bharat Electronics Limited (BEL) SK Sharma and the first Project Director of Akash Missile system Dr Prahalada. It is pertinent to note that Akash is the first made-in-India missile system and is a hallmark of sustained and focused jointmanship between DRDO, BEL, private sector and more importantly the IAF.

Earlier, on his arrival at Air Force Staion Gwalior, Shri Manohar Parrikar was received by Chief of the Air Staff Air Chief Marshal Arup Raha. He then inspected the ceremonial Guard of Honour against the backdrop of two Sukhoi 30 MKI, one MiG-21 and one Mirage 2000 aircraft. Thereafter he witnessed the live demonstration of the missile system wherein ‘live’ tracking of fighter aircraft was carried out by switching on the radars.

The handing over ceremony was marked by a spectacular display of a drill by the operating crew of Akash Pioneers, the first unit in the IAF to induct this system. Speaking at the occasion, the Raksha Mantri lauded the efforts of the DRDO, BEL, public and private industries, inspection agencies and the end user who all worked together to resolve a number of challenges that arose during the production of the Akash Missile system. He added that the benefits of the Make in India programme such as employment generation, financial growth, self sufficiency and better defence preparedness were there for all to see.

Air Chief Marshal Arup Raha, who formally received the ‘key’ of the Akash system from Shri Parrikar said that a total of 27 missiles had been fired after inking of the contract, to ascertain the serviceability of the system in various conditions and a high success rate had been achieved. He also brought out that plans were afoot in the IAF for procurement of additional Akash systems.

Indigenous development of Akash system has given impetus to the defence industrial base of the country and generated business of more than Rs. 20,000 crore. Akash is the outcome of successful partnership between DRDL, the nodal lab in DRDO, along with 13 other DRDO labs, 19 Public Sector Units (PSUs), 5 Ordinance Factories (OFs), 3 National Laboratories, 6 academic institutions and more than 265 private industries across the country.