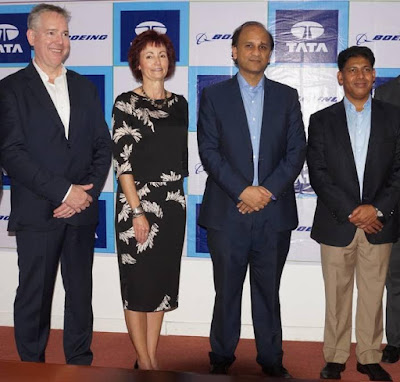 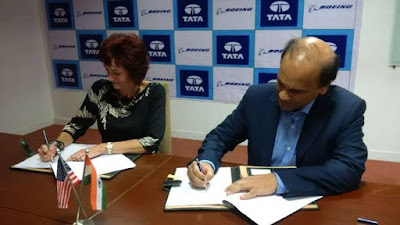 The agreement was signed by Shelley Lavender, president of Boeing Military Aircraft and Sukaran Singh, managing director and chief executive officer of TASL.

TASL is already on contract to manufacture aerostructures for Boeing’s CH-47 Chinook and AH-6i helicopters.

“This agreement with TASL is significant because it demonstrates Boeing’s commitment to expanding its aerospace manufacturing footprint in India,” Lavender said.

“As we step into our 100th year in business, a new aerospace partnership with India is the perfect milestone to accelerate the momentum we have generated for making in India,” said Pratyush Kumar, president for Boeing India. “It is noteworthy that TASL will produce Chinook helicopter parts in India even before the procurement contract is signed with the Indian government.”

“This framework agreement is the result of the world-class competencies of TASL as well as the vendor eco-system it has helped establish in India. It gives us an opportunity to explore the massive potential in India for aerospace manufacturing and make the investments required to grow the industry,” said Mr. S. Ramadorai, Chairman of TASL. “Boeing’s platforms require complex manufacturing processes within a competitive cost structure and we are confident that the partnership will be able to deliver high quality aerostructures out of India.”

Boeing has been active in India for more than 75 years with its commercial airplanes providing the mainstay of India’s civil aviation sector. More recently its military aircraft have played an important role in the modernization and mission-readiness of India’s defense forces. Boeing is focused on delivering value to its Indian customers with its advanced technologies and performance driven aircraft underscored by life-cycle support services. Boeing is also committed to creating sustainable value in the Indian aerospace sector - developing local suppliers, pursuing business partnerships and shaping research and technical collaborations with Indian companies and institutions. For more information, visit www.boeing.co.in