US Secretary Of Defense Ashton Carter In Delhi 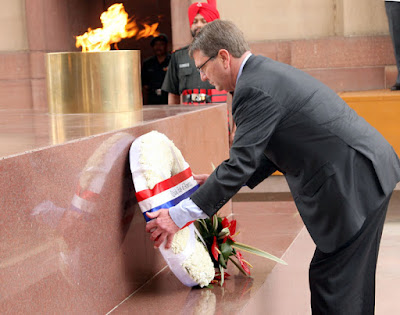 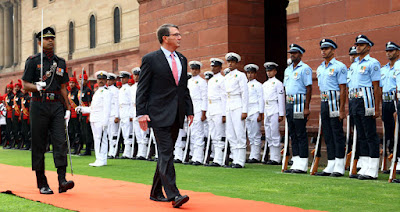 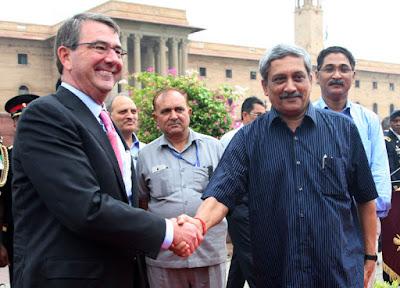 US Secretary of Defense In Eastern Naval Command Vishakhapatnam 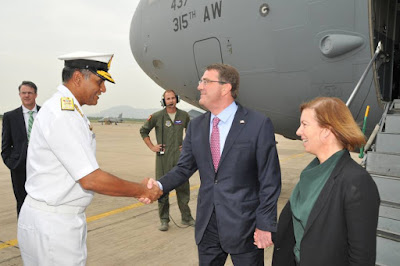 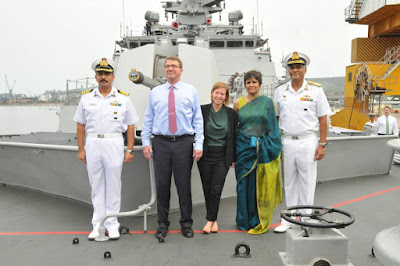 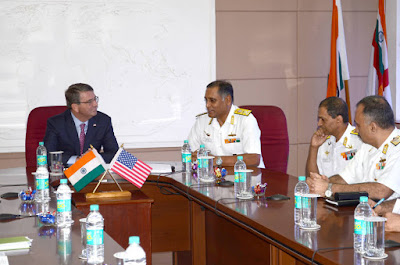 Dr. Ashton Carter, the US Secretary of Defence,  accompanied by Mrs Stephanie Carter and a thirteen member US delegation, visited Visakhapatnam on 02 June 15.  During the visit, the Secretary of Defence interacted with Vice Admiral BK Verma, Chief of Staff, Eastern Naval Command and held discussions on issues of common interest.

On completion, crest and gifts were exchanged with the visiting dignitary. Later, the Secretary accompanied by the US delegation visited the indigenous stealth frigate, INS Sahyadri, prior to their departure to New Delhi.

During the visit, Mrs Stephanie Carter also interacted with the members of Naval Wives Welfare Association (NWWA) and was apprised on various welfare activities undertaken by NWWA for the Naval Community.