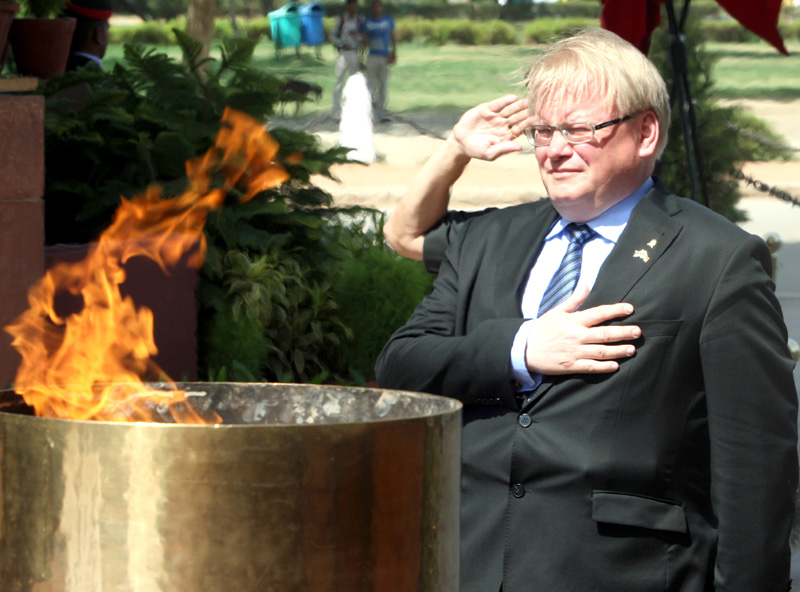 
The Swedish Defence Minister Mr. Peter Hultqvist is on an official visit to India from 09 to 12 June 2015. The visit has been scheduled soon after the recently concluded visit of the President Shri Pranab Mukherjee to Sweden, when both sides concluded 24 MoUs for cooperation in various fields.

Mr. Hultqvist met the Defence Minister Shri Manohar Parrikar here, yesterday. During the meeting both sides discussed issues of mutual interests concerning bilateral defence cooperation and regional security scenario. Both sides exchanged views on rising scourge of terrorism and agreed to cooperate in this regard. The issue of participation of Swedish firms in defence manufacturing in India under the ‘Make-in-India’ initiative was also discussed by both sides. They agreed to continue to explore opportunities for enhancing cooperation between defence establishments of both sides in mutually agreed areas.

The Swedish Defence Minister is on a visit to Bangalore today for interactions with Hindustan Aeronautics Ltd (HAL) and Bharat Electronics Ltd (BEL).