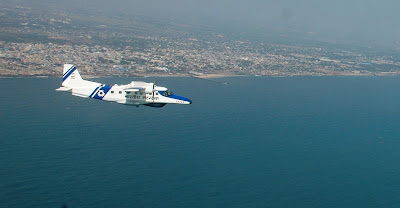 Intense and sustained efforts to search and locate the missing ICG Aircraft are continuing round the clock by ICG and IN ships in areas of probability for the last 96 hours. 12 Coast Guard and Naval ships along with patrol boats of the Coastal Security group are continuing the search. The details of the ships participating in the operations are ICGS Sarang, Ameya, Abheek, Rajtarang, C-415, Vighraha, IC-119, IC-120, INS Coradivh, Carnicobar, Khukri, Chetlat. In addition Naval submarine INS Sindhudhwaj and survey ship INS Sandhayak equipped with SONAR will be joining the search operation, shortly, for assisting in the underwater search. More than 60 hours of air search has been undertaken by the Coast Guard Dornier and the IN long range maritime reconnaissance aircraft P8I. The search area is also being re-appreciated after analysing the reports received from the search units.

Further, aerial search by Coastal Security Group of Tamil Nadu Police using their Paramotors will also be undertaken along the marshy and mangrove areas not accessible by sea today. Water samples from the area of oil patches reported by ICG Dornier has been sent for analysis. The search operation continues.