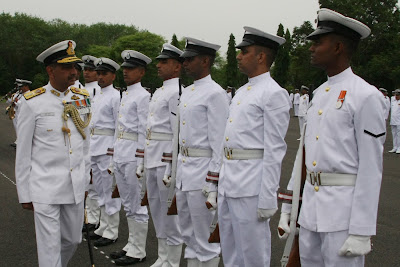 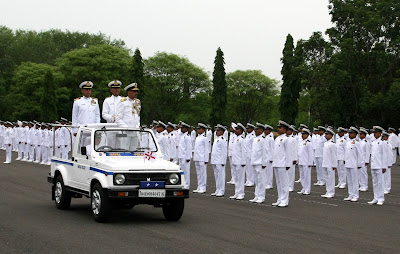 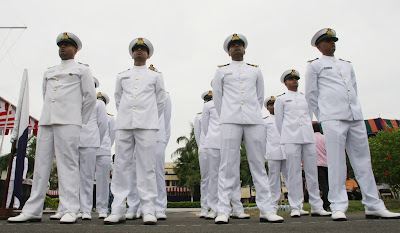 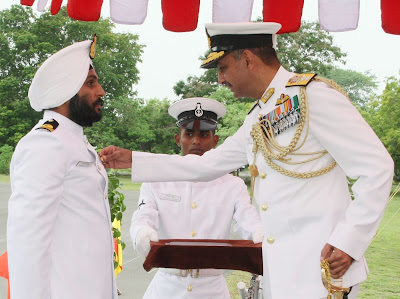 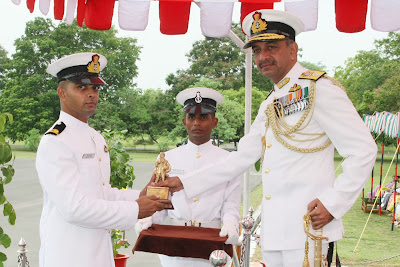 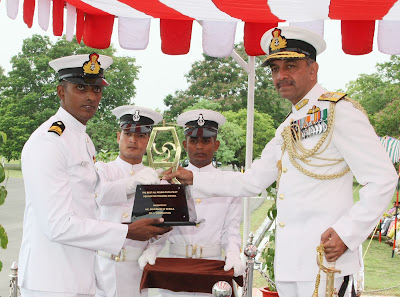 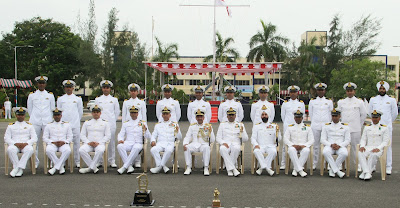 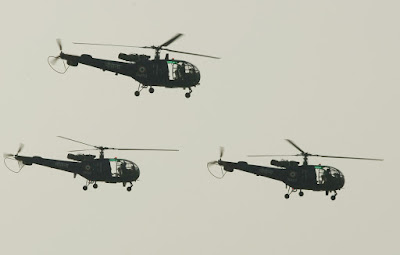 An impressive passing out parade was held here today to mark the graduation of the 84th Helicopter Conversion Course at Naval Air Station, INS Rajali, Arakkonam wherein nine (09) Naval and three (03) Coast Guard Pilots were awarded “Wings” by Rear Admiral Sudhir Pillai, Chief Instructor (Navy), DSSC, Wellington. The pilots underwent rigorous training for 21 weeks in flying and aviation subjects at Indian Naval Air Squadron 561, the Helicopter Training School (HTS). The school has graduated 626 pilots for the India Navy and Coast Guard till date and is commanded by Captain K Sri Vatsa. Helicopter Training School was based at Kochi till 1992 and thereafter shifted to INS Rajali at Arakkonam which is the largest operational Air Base of the Navy. The base is commanded by Captain VK Pisharody
.
The Governor of Kerala Rolling Trophy for the best all round trainee pilot and a book prize for standing first in ground subjects were awarded to Lieutenant Arvind Paul. The Flag Officer Commanding-in-Chief, Eastern Naval Command Rolling Trophy for the trainee pilot standing first in order of merit in flying has been awarded to Sub Lieutenant Vaibhav Tyagi.