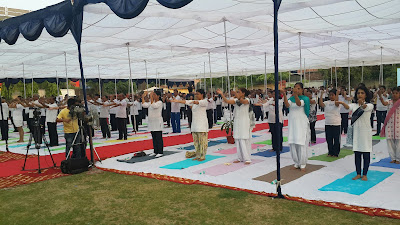 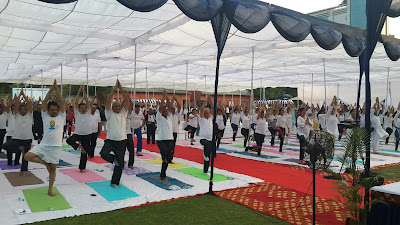 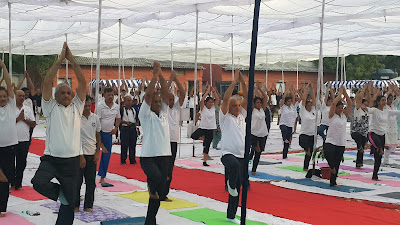 The Yoga session commenced at 0600 hrs on 21 Jun. The session was demonstrated by teachers of Kaivalyadhama Yoga Institution, which is amongst the oldest institute started in 1917 and established in Lonavla in 1924. It is a pioneer institute in research, training and therapy in Yoga. The program encompassed of  mainly two components viz practice of Pranayama and Dharana asanas. These  asanas are performed for general health, well-being and self awareness. In addition to these asanas, simple pranayama and concentration of the mind was also practiced. The  module was developed by the Ministry of AYUSH, in consultation with all the Yoga institutes in the country.