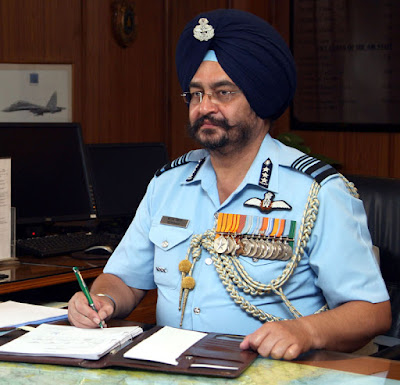 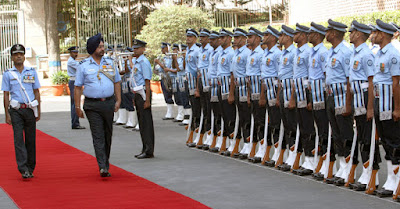 Air Marshal Birender Singh Dhanoa AVSM YSM VM took over as the Vice Chief of the Air Staff (VCAS) on 01 June 2015. He was commissioned in the IAF in June 1978 as a fighter pilot. He is an alumnus of Rashtriya Indian Military College, the National Defence Academy and the Defence Services Staff College, Wellington.

Air Marshal Dhanoa is a Qualified Flying Instructor and has flown various types of fighter aircraft in his distinguished career. During the Kargil Operations, he commanded a fighter squadron and himself flew numerous night strike missions in the mountainous terrain.

He has the distinction of having held a number of the important operational appointments including Station Commander of a fighter base and leader of an Indian Military Training Team abroad He has also served as Chief Instructor (Air) at the Defence Services Staff College, Wellington, Assistant Chief of the Air Staff (Intelligence) at Air Headquarters and Senior Air Staff Officer of two operational Commands. Prior to being appointed as Vice Chief of the Air Staff, the Air Marshal was the Air Officer Commanding-in-Chief of the South Western Air Command.

In recognition for his meritorious services, he was awarded Yudh Seva Medal (YSM), Vayusena Medal (VM) in 1999, and Ati Vishisht Seva Medal (AVSM) in 2015 by the President of India.

He is married to Mrs. Kamalpreet and they have a son Jasman who is pursuing law.

Air Marshal Dhanoa has taken over as Vice Chief of the Air Staff from Air Marshal Ravi Kant Sharma PVSM AVSM VM ADC, who relinquished the office on 31 May 2015 after 40 years of glorious service in the IAF.

Sad to see yet another flabby and well fed Air Marshal. The Tribune of 1st June say AM DHANOA is set to succeed ACM RAHA in 2016.
Unless the Air Marshal goes on a severe diet ( which is difficult with all the diplomatic cocktail /dinner invitations in Delhi), he would be a poor advertisement for the Air Force at the top of the tree , impeccable professional qualifications notwithstanding.