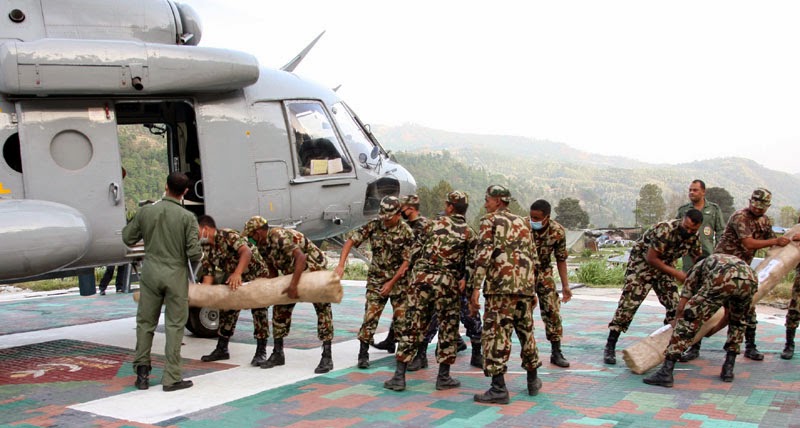 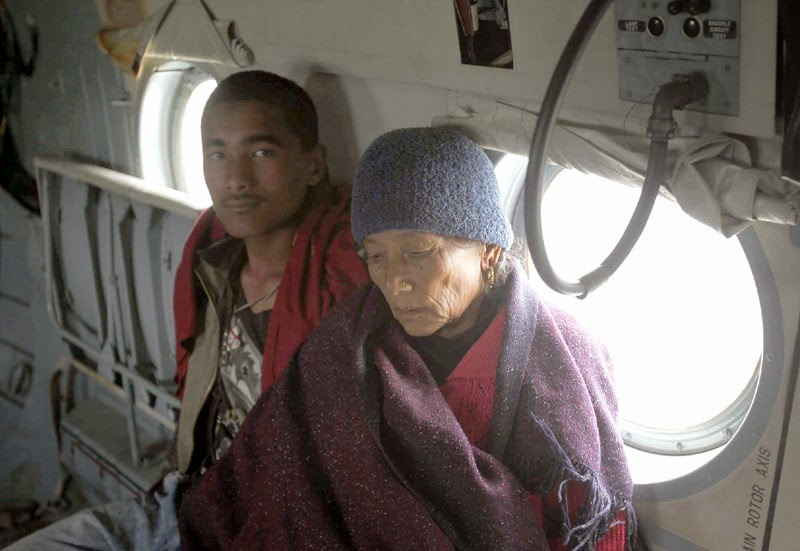 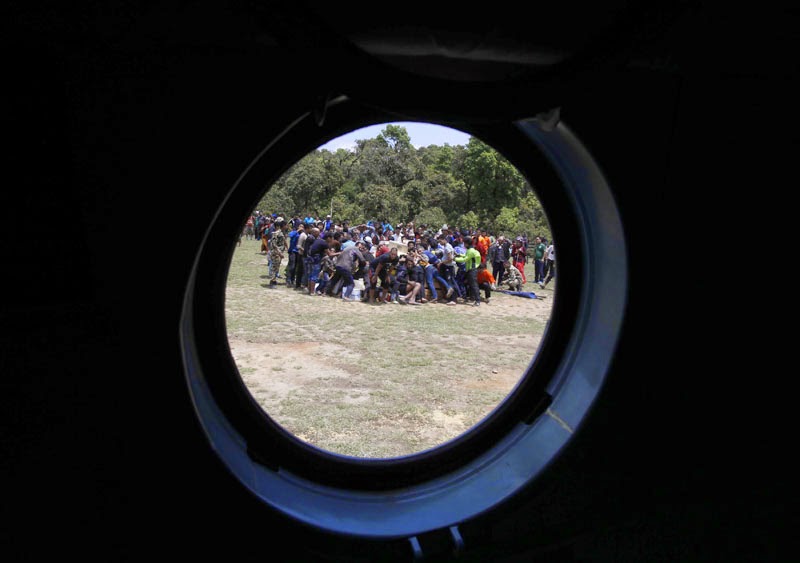 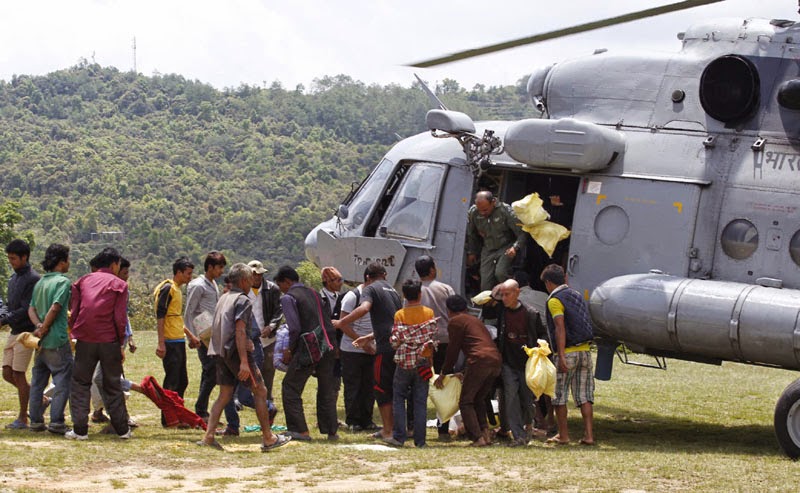 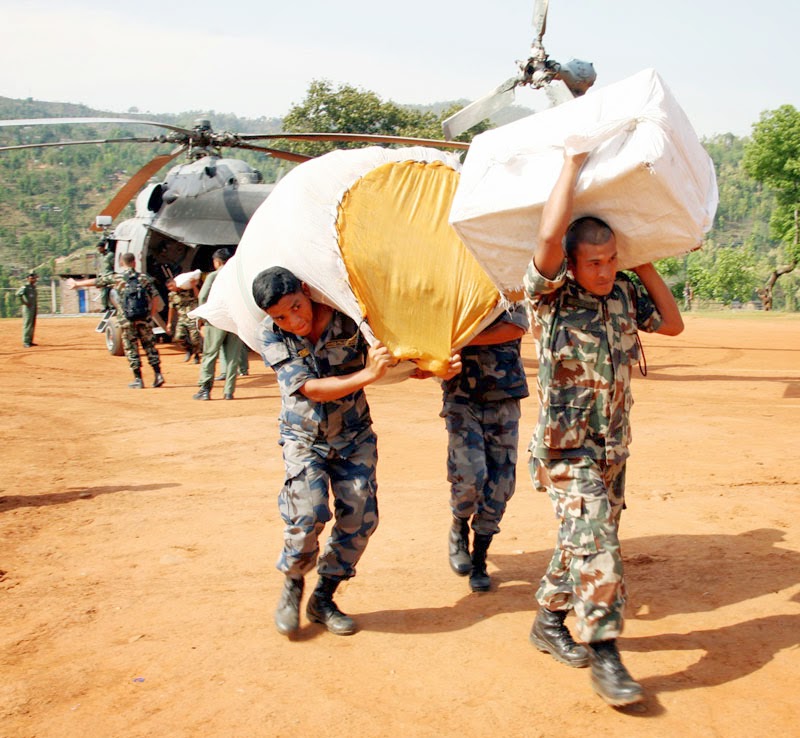 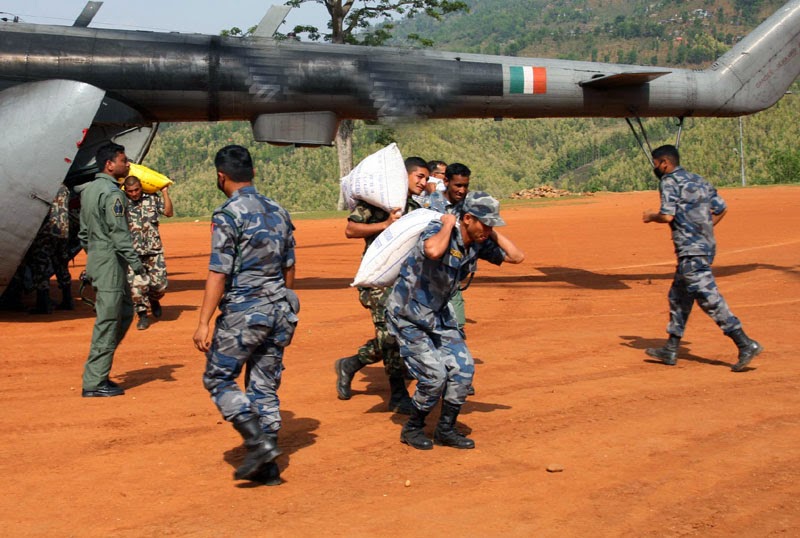 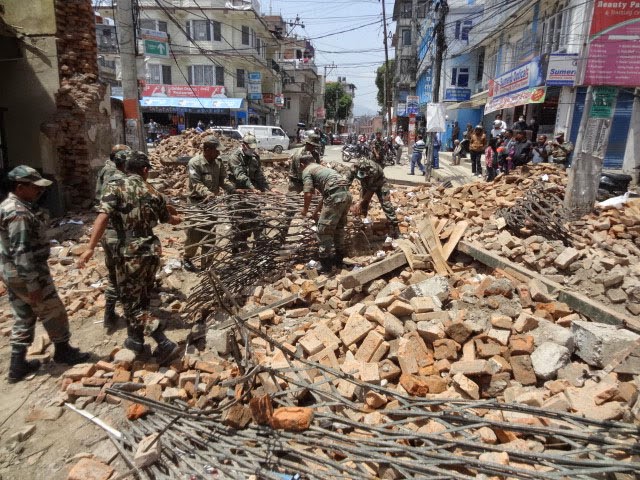 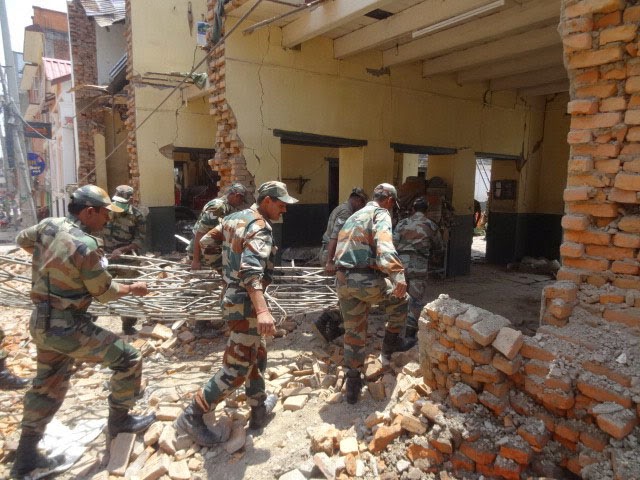 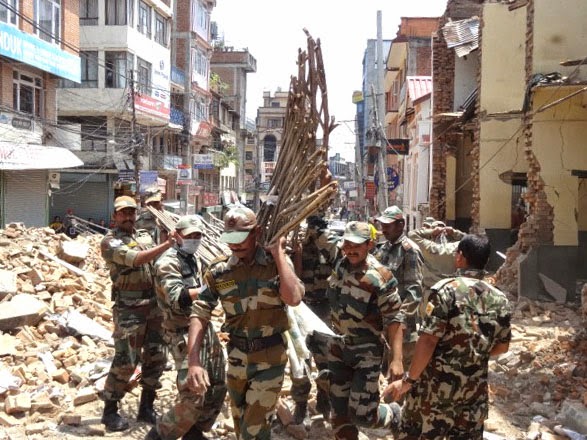 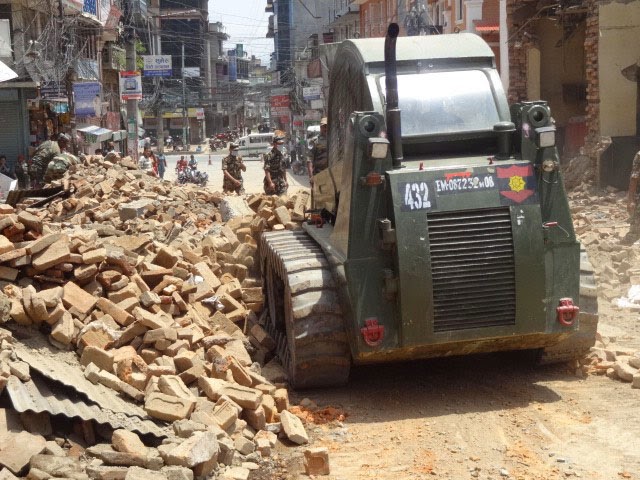 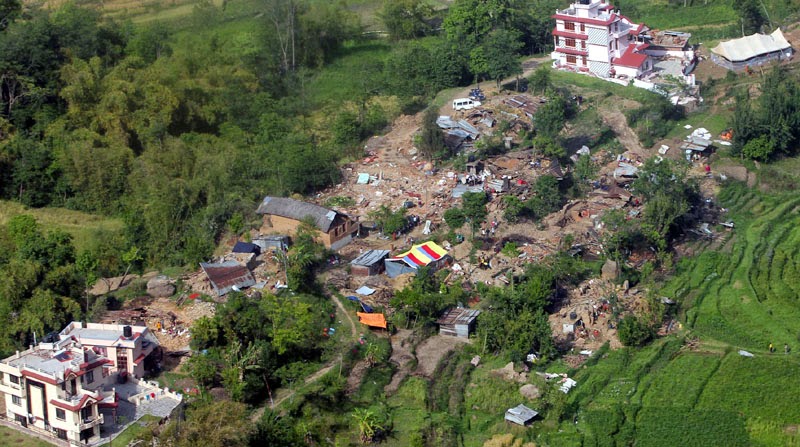 As part of the National response, IAs relief operations continued to provide engineer support, medical assistance and relief material in conjunction with the Nepalese Army. Army Relief Convoys moving by road have started arriving in Khatmandu, while others are on their way.

(a) Five Army Aviation ALH continue to be employed for rescue efforts in Pokhra and adjoining areas in spite of weather and terrain limitations. Army Aviation conducted 12 sorties and evacuated 21 casualties apart from delivering 6.9 tons of relief material to inaccessible areas on 01 May 2015.

(c) The Engineer teams at Barpak are opening roads and have cleared 85 meters track using skid steers and JCB. The Task Force also extricated one fatal casualty yesterday while clearing debris bringing the total number of bodies recovered by Indian Army Engineer Teams to eight. It also provided assistance to the local population in repairing houses on 01 May 15. The ETF at Basantpur is involved in clearance of collapsed buildings and debris and has been able to clear approximately 150 cubic meters of debris. The ETF at Jorbati is involved in clearance of buildings and debris from the tracks in close cooperation with Nepal authorities and also carried out reconnaissance of other damaged areas yesterday.

(d) Vehicle convoy from Kanpur reached Gorkha yesterday with 4950 blankets, 525 tents, 50 tarpaulin and 800 plastic sheets. Apart from this another convoy will leave Kanpur with relief stores comprising of tents, tarpaulin and blankets today.