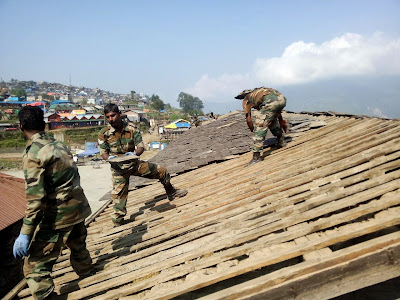 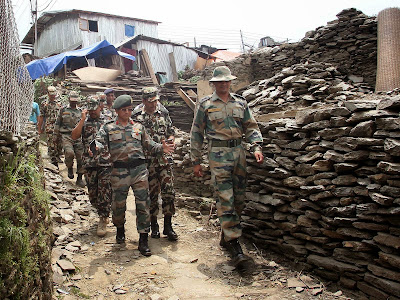 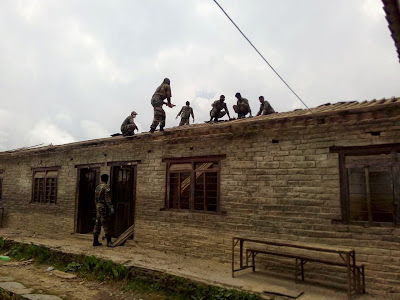 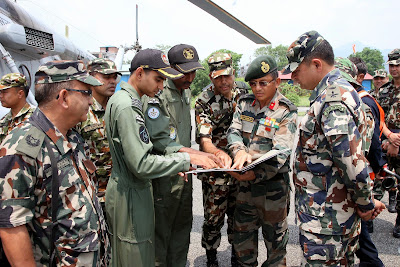 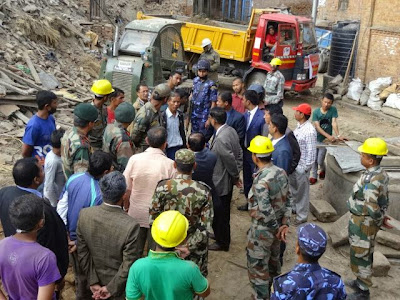 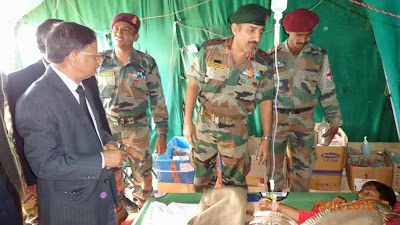 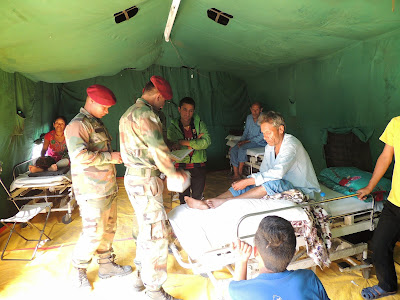 The Indian Army continues to provide aid to affected population and areas in close coordination and cooperation with the Nepal Army.

The ALHs are being employed for rescue efforts in Pokhra and Kathmandu and have conducted 134 sorties since 15 May 15 and evacuated 09 person and moved 167 others apart from delivering 43.2 tons of relief material to inaccessible areas.

The Indian Army Field Hospitals and the medical teams treated 220 patients since 15 May 15 including 36 surgeries, out of which 21 patients were admitted to administer medical care. The medical team at Charikothas been moved to Singati as part of the Indian Army outreach programme to reach .

The ETFs are involved in clearance of collapsed buildings and have cleared over 2055 m of track while clearing 2380 cubic meters of debris apart from debris of 40 damaged houses.  The Engineers have helped in conducting controlled demolitions of six highly damaged RCC walls and six houses apart from constructing four houses, one roof top shelter, two tent shelters and two shelters, since 15 May.

Brig J Gamlin, Task Force Commander, Pokhara alongwith Brig Tara Bahadur Karki, Acting GOC of Western Division of Nepal Army undertook an aerial and ground recce of Laprak and Barpak region of Gorkha district of Nepal on 19 May. They interacted  with the villagers and ex-servicemen of Barpak village and also with Engineer Task Force of Army under the command of Lt Col Nikhil Sankaran who briefed on ongoing reconstruction of school building at Barpak.

The Army Everest Expedition team was evacuated from Namche Bazar in small groups by air and road and have reached New Delhi.