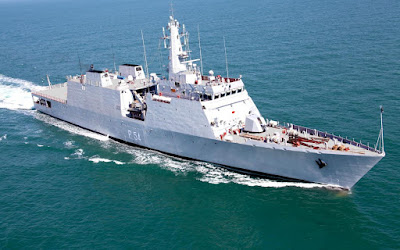 INS Saryu, an indigenously built NOPV based at the Andaman and Nicobar Command, shall be participating in a week long ASEAN Regional Forum (ARF) Disaster Relief Exercise (DiREx) 2015.

The aim of ARF DiREx-15 is to exercise information sharing and networking among national agencies of this region towards providing Humanitarian Assistance and Disaster Relief (HADR) during natural calamities like Earthquakes, Tsunami, etc as well as Search and Rescue (SAR) for ships and aircraft lost at sea.

Disaster management continues to be a vital area for cooperation in the region. A consensus has thus emerged on the need to better mitigate, manage and respond to natural and man-made disasters due to the constant dialogue within ARF.

This exercise, being conducted in Penang, Northern Malaysia from 24 to 28 May 2015 would have participation from China, Malaysia, Thailand and India. Co-hosted by Malaysia and China, DiREx-15 would include Field Training Exercises like Collapsed Structure, Mass Evacuation, Chemical Leakage (HAZMAT), Road Traffic Accident, After Action Review and Search & Rescue Operations. The marine component of the exercise would include Search and Rescue operations using a simulated maritime incident, and would include helicopter operations to locate survivors as well as diving operations to evacuate trapped personnel. This is the third edition of DiREx with the previous two held in Philippines (2009) and Indonesia (2011). 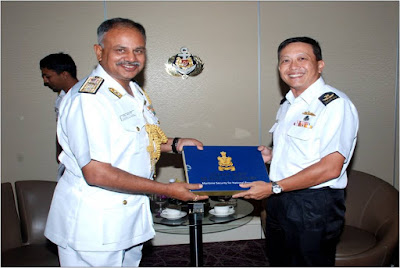 The Indian Navy’s Eastern Fleet under the command of Rear Admiral Ajendra Bahadur Singh, VSM, Flag Officer Commanding Eastern Fleet, is on an operational deployment to South Indian Ocean and South China Sea. As a part of this deployment, INS Satpura, indigenously built guided missile stealth frigate, commanded by Captain Hari Krishnan and INS Kamorta, the latest and indigenous Anti Submarine Warfare Corvette, commanded by Commander Manoj Kumar Jha had arrived at Singapore on 18 May 2015. These ships participated in IMDEX-15 and are now conducting bilateral naval exercise SIMBEX-15 with Singapore Navy from 23-26 May 2015. 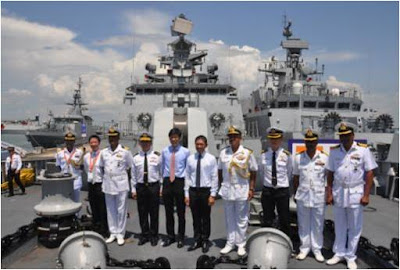 Operational interaction between IN and RSN commenced with ASW training exercises in 1994, which has grown steadily over the past 20 years. The operational interaction was formalised as an annual bilateral exercise ‘SIMBEX’ in 1999. Since its inception, SIMBEX has grown in tactical and operational complexity. It has transcended the traditional emphasis on ASW to more complex maritime exercises, involving various facets of Naval operations such as Air Defence, Air and Surface Practice Firing, Maritime Security and Search and Rescue. SIMBEX-14 was conducted from 22-28 May 14 off Port Blair in which RSN ships Valour and Independence participated, while IN was represented by Guided Missile Corvettes Karmuk, Kuthar and Maritime Patrol Aircraft Dornier.  This year RSN ship Supreme and submarine Archer along with MPA and fighter aircraft are participating from Singaporean side, whilst Indian Navy is represented by INS Satpura with integral helicopter, INS Kamorta and Long Range Maritime Reconnaissance Anti Submarine (LRMRASW) aircraft P 8I. 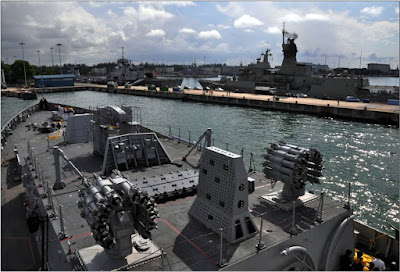 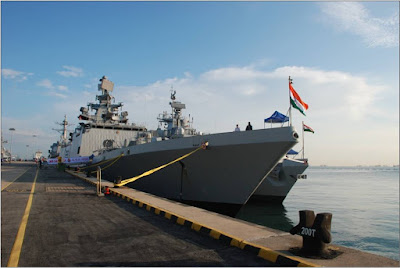 The port visit of IN Ships to Singapore also coincided with the commemoration of 50 years of diplomatic relations between India and Singapore. This visit was aimed at strengthening bilateral ties and enhancing inter-operability between navies of the two friendly nations. During the stay in harbour, various activities were conducted viz.  official calls, reception on board, ship open to visitors, guided tours for Indian naval personnel and professional interaction between personnel of both the navies.