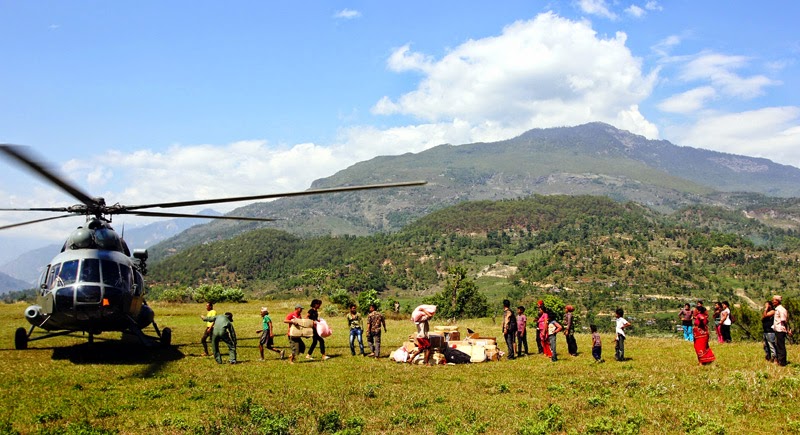 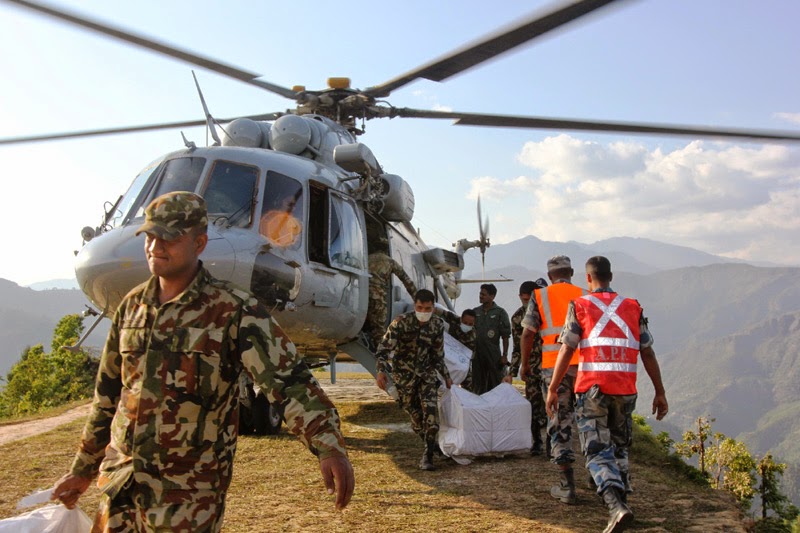 Continuing the efforts by the IAF to help Nepal which was struck by severe earthquakes, relief is being provided to the people in distress across Nepal including remote and  inaccessible areas.

Six IAF Medium Lift Helicopters (MLH) are positioned at Kathmandu.  Two MLHs are positioned at Pokhara.  The most affected areas where casualty evacuation  were carried in the past few days are Chautara, Charkot, Dhading, Melum, Lukla, Aroghat, Dhunche, Trishuli, Ramchap, Barpak, Narayan Chor, Namchi Bazar and Tatopani.  Till 0800 hrs today, 63 sorties were carried out evacuating 315 people to safer places including 05 Chinese who were evacuated from Lamabagar. 15 casualties were evacuated.  The load carried today by these helicopters were 36.3 tons

It would be pertinent to note that transport and helicopter aircraft are being utilised extensively for Human Assistance Disaster Relief (HADR) operations. The Indian Air Force, after proving its mettle in bringing succor to scores of people after Yemen evacuation this month, Jammu & Kashmir in September last year, has once again risen to the occasion and added a pioneering chapter  in Disaster Relief by bringing relief to the needy and evacuate them from earthquake hit areas in Nepal. The Indian Air Force reaffirms its commitment towards Humanitarian Assistance and Disaster Relief Operations in support of the nation.