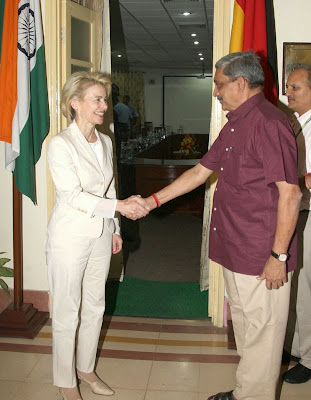 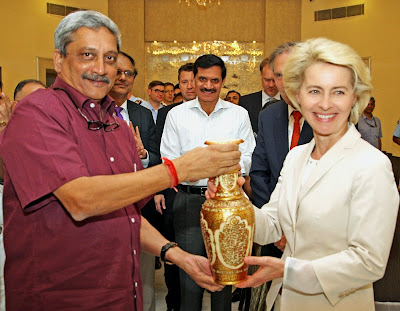 India and Germany held talks to expand the Defence Cooperation between the two countries, here yesterday. The talks were held between the delegation of the two countries led by their respective Defence Ministers. The Indian side was led by Shri Manohar Parrikar and the German side by Dr (Ms) Ursula von der Leyen.

Cooperation between the Armed Forces of the two countries, partnering of Germany in the Make-in-India initiative in the defence sector and supply of state-of-the-art equipment/ technology were some of the prominent issues discussed by the two Defence Ministers. Both sides also exchanged their perceptions on the evolving geo-political events having impact on the security situation.

The German Defence Minister’s visit to New Delhi is taking place close on the heels of the Prime Minister Shri Narendra Modi’s recent highly successful visit to Germany. The visit would also pave the way for the German Chancellor, Ms Angela Merkel’s visit to India later this year.