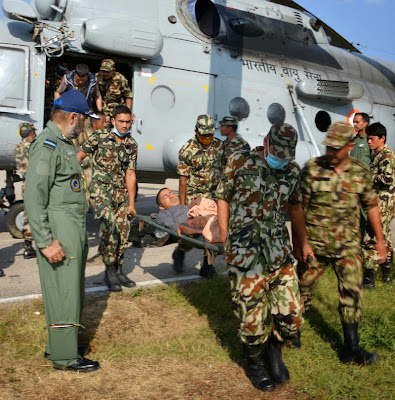 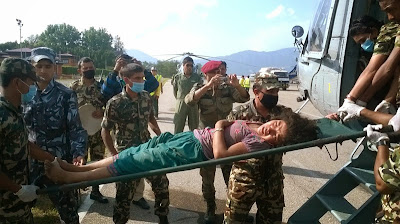 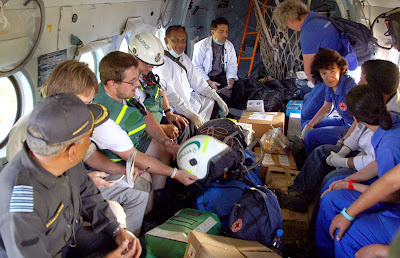 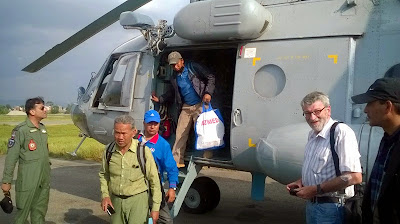 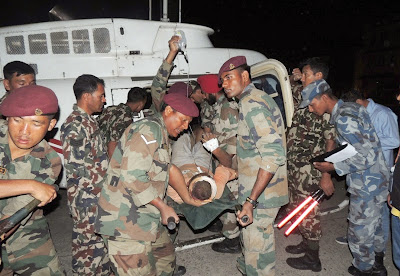 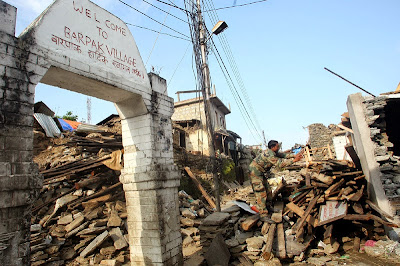 A high magnitude earthquake struck about 82 Kms east of Kathmandu in Kodari region at 1235h on 12 May 15. The Indian Army continued to provide aid to affected population and areas in close coordination and cooperation with the Nepal Army.

The ALHs have intensified operations post the earthquake yesterday and conducted 19 sorties, evacuated 44 persons, moved 04 Nepal Army troops and delivered 8.08 tons of relief material to inaccessible areas. The Indian Army Field Hospital at Senamangal and its medical teams continue to be deployed and has treated 44 patients including conducting of 11 surgeries. A medical team with four doctors and allied staff was also dispatched to Charikot by MI 17 Helicopter to extend medical aid after yesterdays earthquake. Two Medical teams are located at the Kathmandu Airport and are coordinating with the Nepal Army medical authorities to provide medical aid.

The ETFs are involved in clearance of collapsed buildings. They have cleared debris from the school along with Nepal Army and 10 meters of lane in Suryamadhi, Mool Dhoka and Biyasi. The ETF at Bhaktapur was involved in the rescue of eight ladies who were trapped in the debris yesterday and also helped evacuate another 88 persons. Apart from this 42 tipper loads of debris was cleared at Bhaktapur apart from clearance of a total of 50 meter track and 170 cubic meter of debris. The Engineers have also helped in controlled demolition of one house at Barpak.

Continuing the efforts by the IAF to help Nepal which was struck by severe earthquakes on 25 April 2015 and again on 12 May 2015, relief is being provided to the people in distress across Nepal including remote and inaccessible areas. The details of operations carried out so far are as under:-

Six IAF Medium Lift Helicopters (MLH) are positioned at Kathmandu. Two MLHs are positioned at Pokhara. The most affected areas where casualty evacuation  were carried in the past few days are Chautara, Charikot, Dhading, Melum, Lukla, Aroghat, Dhunche, Trishuli, Ramchap, Barpak, Narayan Chor, Namchi Bazar and Tatopani.  Till 0800 hrs today, 54 sorties were carried out by helicopters evacuating 99 people to safer places and 21 casualties were evacuated.  The load carried by these helicopters till 0800hrs today was 21.85 tons.

It would be pertinent to note that transport and helicopter aircraft are being utilised extensively for Human Assistance Disaster Relief (HADR) operations. The Indian Air Force, after proving its mettle in bringing succour to scores of people after Yemen evacuation this month, Jammu & Kashmir in September last year, has once again risen to the occasion and added a pioneering chapter  in Disaster Relief by bringing relief to the needy and evacuate them from earthquake hit areas in Nepal. The Indian Air Force reaffirms its commitment towards Humanitarian Assistance and Disaster Relief Operations in support of the nation.