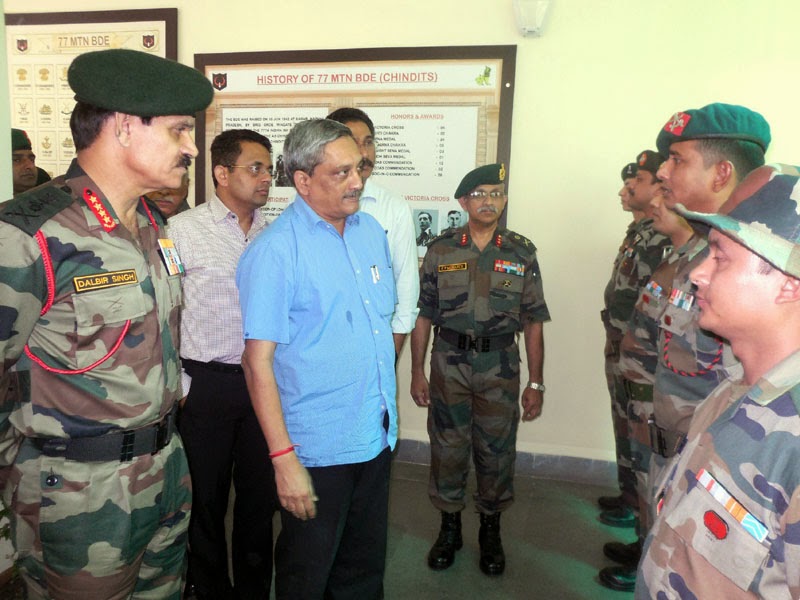 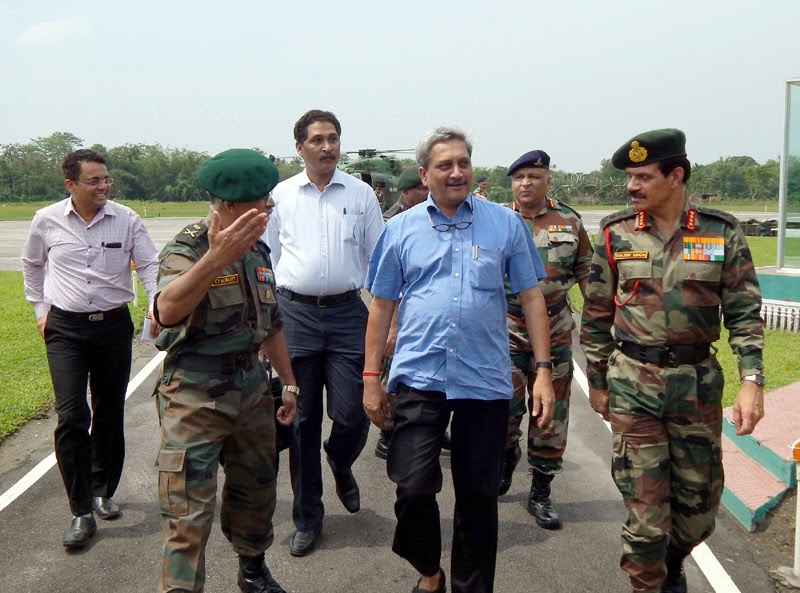 Shri Manohar Parrikar, Raksha Mantri made his maiden visit to the Red Horns Division today accompanied by Gen Dalbir Singh, COAS and Lt Gen MMS Rai, GOC-in-C, Eastern Command to review the overall security situation prevailing in Lower Assam and also to get a first hand feel of the ongoing operations against the militant groups.

At Rangiya, the Raksha Mantri was given a detailed briefing on the ongoing Counter Terrorism operations in Lower Assam. The minister expressed his satisfaction on the progress of operations and also appreciated the efforts made by the formation to dynamically review and alter its tactics to counter the rapidly changing situation in the state.

The Raksha Mantri also complimented the Army for the high level of integration with Assam Police and Central Armed Police Forces. He appreciated the efforts of the Army in the violence free conduct of Bodoland Territorial Council (BTC) elections in Bodoland Territorial Area Districts (BTAD) to bring peace and normalcy in the region.

The Raksha Mantri interacted at length with the troops and appreciated them for the high state of morale and operational preparedness. He also lauded the Army personnel for their selfless service towards the Nation. He assured them that the Nation stood behind them and would support them in all their endeavours.