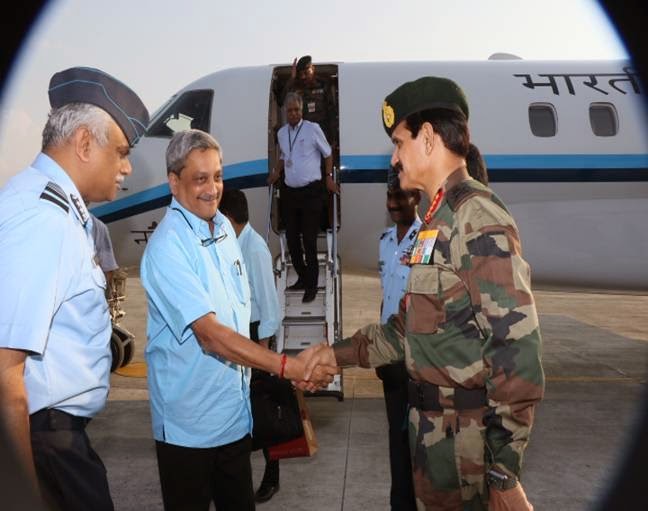 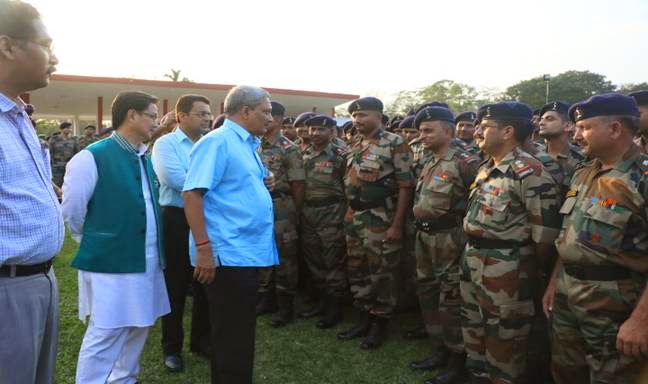 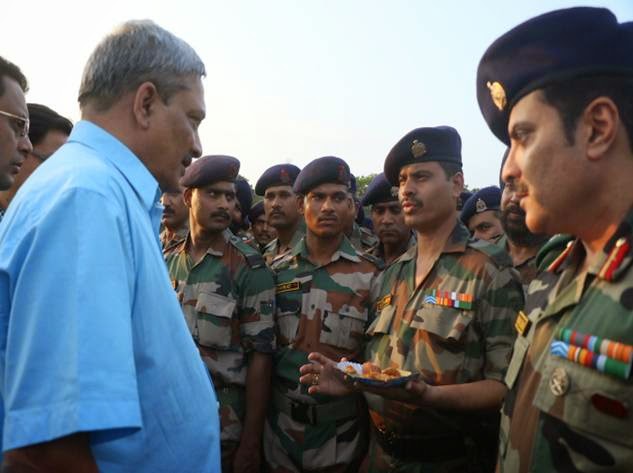 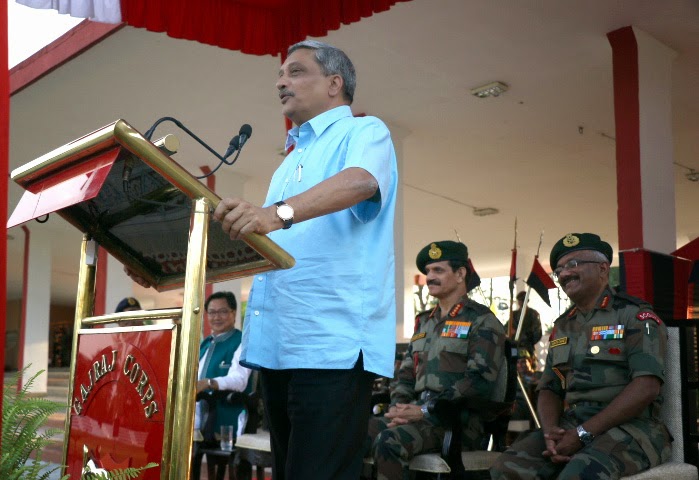 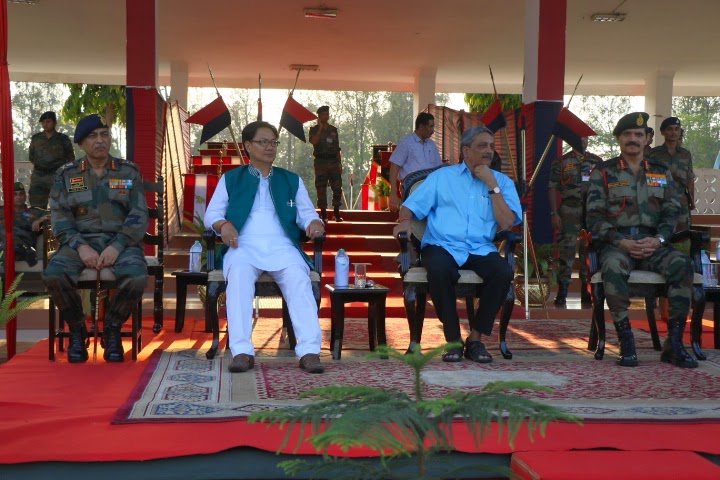 Sri Manohar Parrikar, honourable Raksha Mantri arrived at Tezpur on 01 May 15 on a two day visit to Assam and Arunachal Pradesh. He was received at Tezpur Air Force Station by Chief of the Army Staff, Gen Dalbir Singh, GOC- in- C Eastern Command, Lt Gen MMS Rai and other senior dignitaries of the Army and the Air Force.

On arrival, the Raksha Mantri was escorted along with Minister of State for Home, Shri Kiren Rijiju to Solmara Military Station where he interacted with troops over a cup of tea. He appreciated the high standards of military discipline and preparedness of the troops and their excellent performance in the backdrop of difficult terrain and challenging environment in which they are operating.

Thereafter, the Raksha Mantri arrived at Gajraj Corps HQ and reviewed the overall security situation in the state. He was briefed on the dynamic counter insurgency grid and the synergy achieved with the civil administration, state police and other Para Military Forces in bringing back normalcy in the state, by carrying out relentless operations against the perpetrators of violence.

Tomorrow, the Raksha Mantri would be visiting the troops deployed in the forward areas and will interact with them to get first hand inputs of the ground situation. He will also be paying homage at the Tawang War Memorial to the martyrs who made supreme sacrifice of their life while guarding our frozen frontiers.