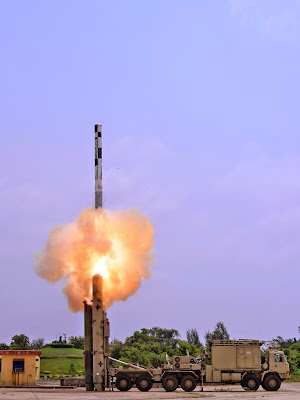 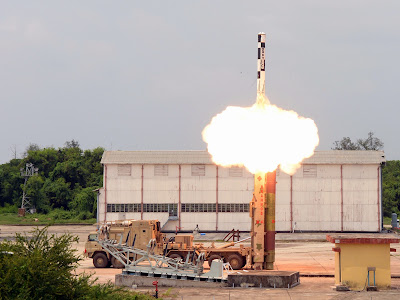 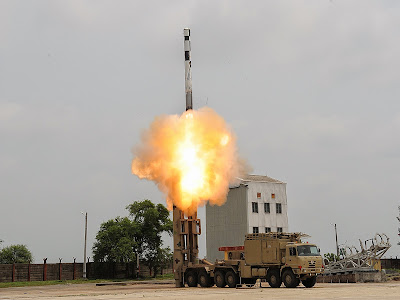 NEW DELHI: Today on the 9th of May 2015, an advanced version of BRAHMOS land-attack cruise missile was successfully test fired for the second time in the eastern sector, stamping the impeccable accuracy possessed by this formidable weapon’s precision strike capability.

This was the second launch of the missile’s Block – III version in land-to-land configuration within an interval of 24 hours ( first launch on the 8th of May at 1310 hrs) against the same land target at 1330 hrs. Meeting all flight parameters including high level manoeuvers, the supersonic cruise missile successfully hit the designated land-based target with desired accuracy, officials confirmed.
Today’s launch was the 48th test-firing of BRAHMOS, with the missile achieving unmatched precise hit, practically hitting at  the same spot as the first missile, a feat seldom achieved by any weapon system in the World of this range.

“Sudhir Mishra , CEO & MD BrahMos Aerospace & CC R & D , DRDO conveyed his congratulations and best wishes to Indian Army, DRDO Scientists and the BrahMos team for the excellent launch. “BRAHMOS today has once again flawlessly demonstrated its capability in the Eastern Sector. This launch is definitely a huge morale booster for our armed forces who are its proud possessors” he added.

The land-attack version of BRAHMOS has been operationalised in the Indian Army since 2007. The fire-and-forget BRAHMOS has the capability to take on surface-based targets by flying a combined hi-lo trajectory, thus evading enemy air defence systems. Inclusion of the powerful strike missile in Indian Army has given it a distinct tactical advantage to knock down any enemy target even in the most difficult and hidden terrains.

Email ThisBlogThis!Share to TwitterShare to FacebookShare to Pinterest
Labels: Brahmos