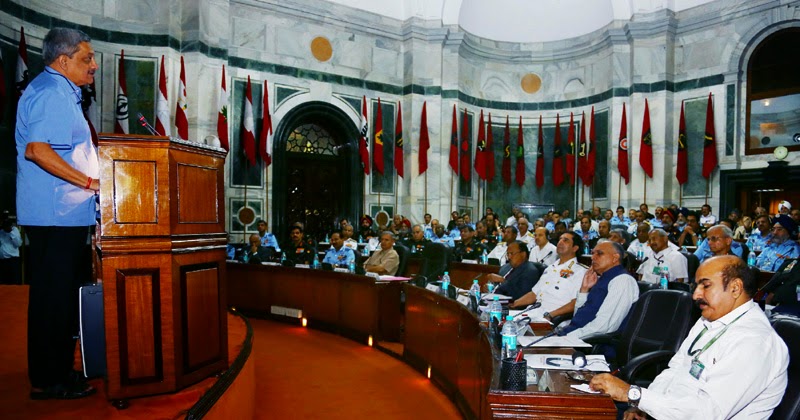 The Defence Minister Shri Manohar Parrikar has said that the Government is committed to provide all support towards modernisation of the Armed Forces. Addressing the Annual Unified Commanders’ Conference for Tri-Services Commanders in New Delhi today, he said that there is a need to exercise financial prudence and optimise all available resources. Shri Parrikar said though the technology is important for modern warfare, it is ultimately the morale and motivation of our brave soldiers, sailors and Air Warriors which should be a major focus area for all the commanders.

The Defence Minister also commended the armed forces for their devotion to duty and the stellar role played by them in safeguarding the country's unity and integrity. He concluded his address with a homage to all valiant Soldiers, Sailors and Air Warriors for their supreme sacrifice in honour of the Nation.

During the daylong conference, key security issues facing the Nation and important strategic, operational, logistical, administrative aspects pertaining to Tri-Services were deliberated upon.