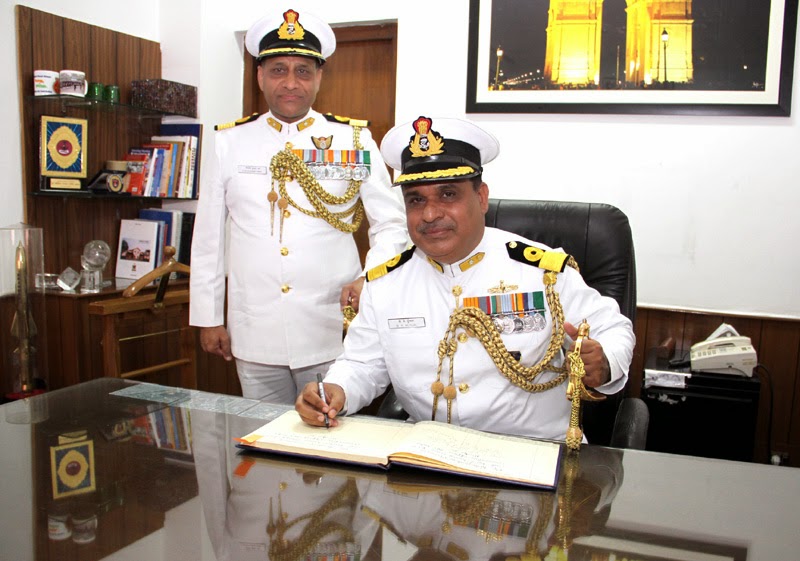 Commodore Balbir Kumar Munjal was commissioned into the Indian Navy on 01 Jan 1986. He is an alumnus of the prestigious National Defence Academy (NDA) Khadakwasala and Defence Services Staff College (DSSC), Wellington. A specialist in Missile and Gunnery, he spent majority of his career in afloat and operational appointments. He has the distinction of being the Commanding Officer of four ships – INTRV-71, Missile Boat INS Pralaya, Submarine Depot Ship INS Amba and Fleet Support Ship INS Deepak. He has also been Chief Staff officer of 22nd Missile Vessel Squadron at Mumbai for four years besides serving as Director Naval Plans at IHQ MoD(N). For his distinguished service, he was awarded Vishisht Seva Medal by the President on 26 January 2014.