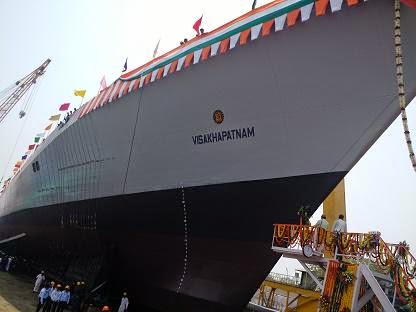 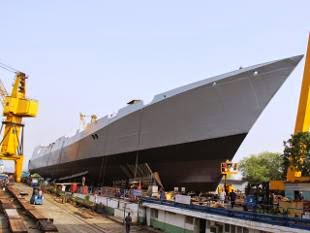 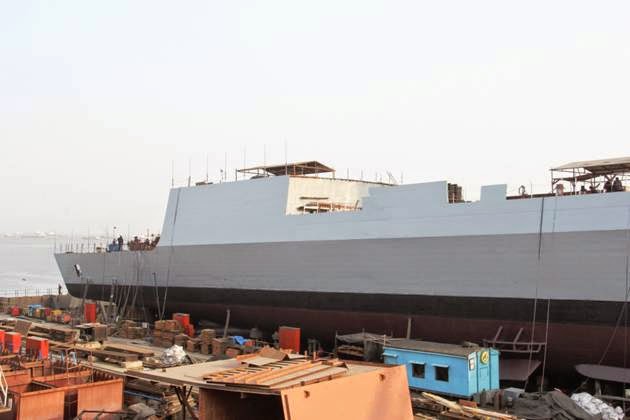 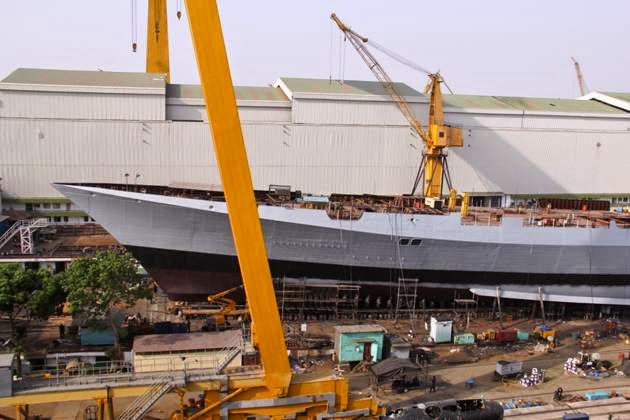 Firstship of Project 15B – Visakhapatnam Launched

The First ship of Project - 15B,Guided Missile Destroyer, christened ‘Visakhapatnam’ was launched on 20 Apr 15 at a magnificent ceremony at Mazagaon Dock Limited (MDL), Mumbai.The ship was launched from Slip Way No. 2 in MDL, Mumbai. The Chief of the Naval Staff, Admiral RK Dhowan, was the Chief Guest for the occasion. In keeping with the nautical traditions, the ship was launched by Smt Minu Dhowan,wife of The Chief of the Naval Staff. After an invocation to the Gods was recited, she broke a coconut on ship’s bow, named the ship and wished the ship and “crew to be”, good luck.

Speaking on the occasion, the Chief Guest, Admiral RK Dhowan lauded the contributions made by MDL in meeting the growing requirements of the Navy. He also commended the efforts put in by DGND(SSG) and his team in the design of the state of the art warships. He was also very appreciative of the role played by DRDO and the industry for relentlessly contributing towards achieving Indian Navy’s dream of transforming itself from a “Buyers Navy” to a “Builders Navy”.

Background Information: The four ships of Project 15B ships being built at MDL,Mumbai have been designed indigenously by the Directorate of Naval Design,Delhi and bear testimony to the acclaimed legacy of Naval designers. With a displacement of 7300 tons, each ship will be spanning 163 meters in length and 17.4 meters at the beam and will be propelled by four gas turbines to achieve speed in excess of 30 knots. The P15B destroyers incorporate new design concepts for improved survivability, sea keeping, stealth and manoeuvrability.Enhanced stealth features have been achieved through shaping of hull and use of radar transparent deck fittings which make these ships difficult to detect. These ships will be equipped to carry and operate two multiple role helicopters.

These ships are also packed with an array of state of the art weapons and sensors, including vertically launched missile system for long distance engagement of shore and sea-based targets.With significant indigenous content, these ships are a true hallmark of self reliance attained by our country in warship design and ship building.