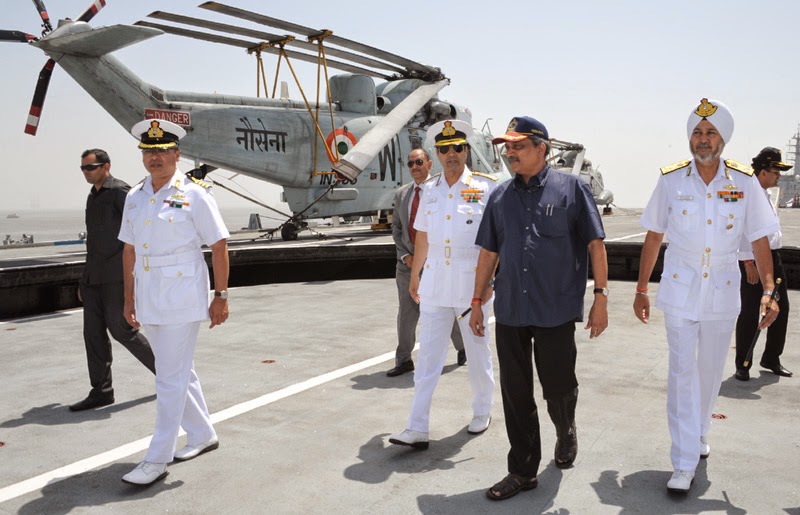 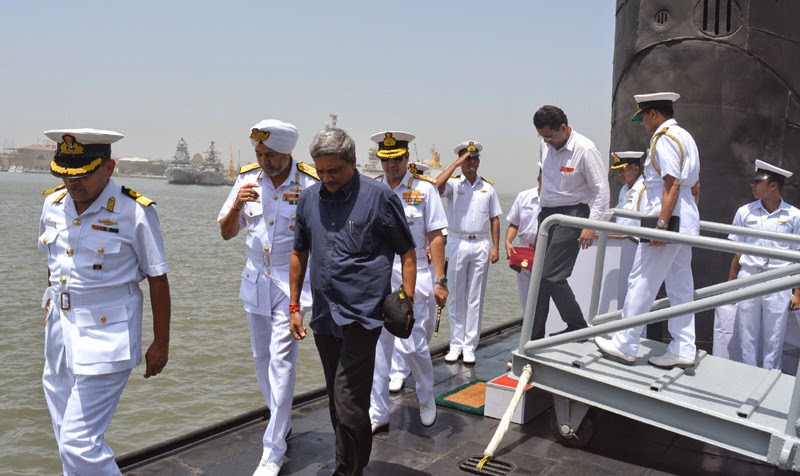 The Hon’ble Raksha Mantri, Shri Manohar Parrikar, visited Headquarters, Western Naval Command at Mumbai on 06 April 2015.  He was received by Admiral RK Dhowan, Chief of the Naval Staff and Vice Admiral SPS Cheema, Flag Officer Commanding-in-Chief, Western Naval Command.  During the visit, the Hon'ble Raksha Mantri was apprised about the operational responsibilities of the command and challenges faced by the Indian Navy in its area of responsibility.  The minister was also   apprised about the operational readiness of the command, morale and welfare issues.

The Hon'ble Minister was also briefed on the progress on coastal security on the West Coast. Actions taken to improve synergy and coordination between various stake holders involved in coastal security were also highlighted to the Minister.

Later in the day, the Hon'ble Raksha Mantri visited INS Sindhukesari (EKM Submarine) in harbour for a first-hand experience of an operational submarine. He was briefed on the operating environment in submarines. He also interacted with the crew members of the submarine. The Hon'ble Raksha Mantri then visited INS Viraat, where he was briefed about the ship and development plans of Naval Dockyard (Mumbai).

The Hon'ble Raksha Mantri had earlier embarked INS Vikramaditya at sea in mid-February 2015 during the Navy's annual exercise TROPEX, where he had  witnessed several successful weapon firings by ships of the Western Fleet.

Earlier in the day, the Raksha Mantri witnessed the undocking of the first Scorpene class submarine (Kalvari) being built at the Mazagon Dock Ltd. The submarine is due for induction in September 2016. He also reviewed the functioning of the premier Defence shipyard.