Arrival Of The First Two Upgraded Mirage 2000 Aircraft At Gwalior 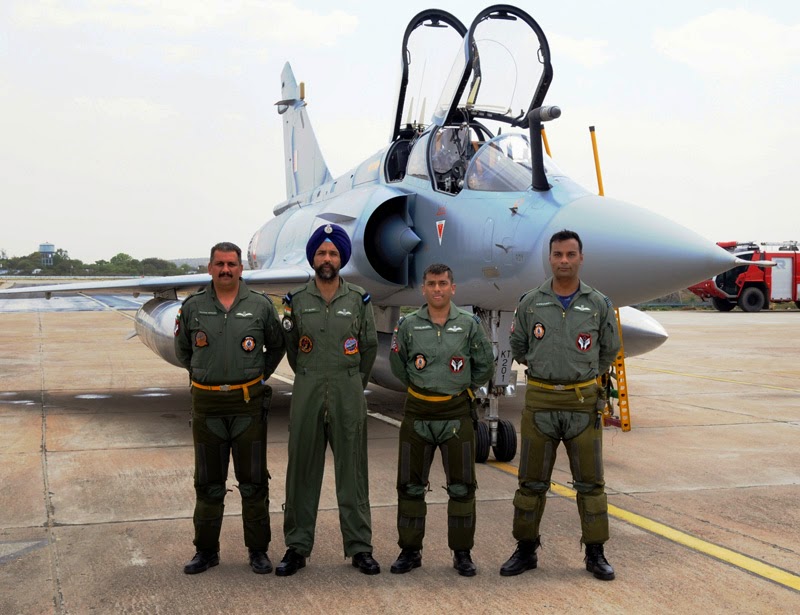 The first two upgraded Mirage-2000 aircraft landed at Gwalior at about 1400 hrs on 24th April 2015. These aircraft were flown by Indian Air Force (IAF) pilots from France to India via Greece, Egypt and Qatar over a period of seven days.

On arrival at the station, the two aircraft were accorded the traditional ‘Water Cannon Salute’ whilst taxying in. The leader of the team, Group Captain M Minocha, was welcomed by the Air Officer Commanding of Air Force Station Gwalior, Air Commodore HS Basra. The leader also handed over the aircraft documents to the Air Officer Commanding. The twin-seater was flown in by Wing Commander Vivek Sharma and Squadron Leader K Suryanarayanan.

The upgrade enhances the overall capability of aircraft with advanced avionics, weapons and self protection suites. The upgrade contract was signed with Thales Aeroportes Systems and Dassault Aviation of France. The upgrade programme was successfully completed on schedule. The subsequent serried upgrade of the Mirage 2000 fleet is being carried out at HAL, Bangalore.

What do the new upgraded Mirages have:

How many Mirages to be upgraded:

A total of 51 Mirages have been contracted to be upgraded. The remaining will be upgraded by Hindustan Aeronautics Limited (HAL), as co-partners of the French firm Thales.