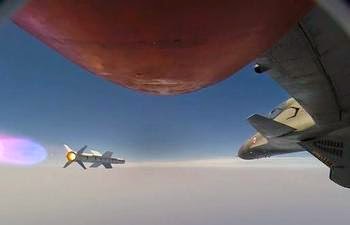 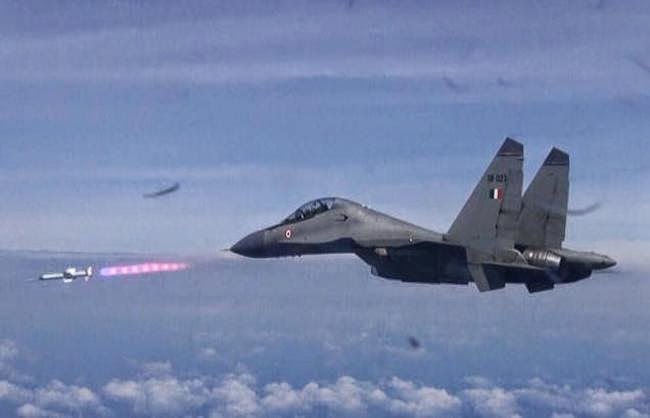 India’s Beyond Visual Range (BVR) air-to-air missile ASTRA was once again successfully test fired today by the Indian Air Force off the coast of Odisha near the Integrated Test Range, Balasore. The missile has been indigenously designed and developed by the Defence Research and Development Organisation (DRDO). In today’s test flight an ASTRA missile carrying telemetry equipment in place of the warhead was fired from a Sukhoi-30 aircraft against a Lakshya (Pilotless Target Aircraft) target. The target was successfully engaged and it was captured by Telemetry and Electro-optical tracking stations.

A successful trial of ASTRA, conducted yesterday, was also launched from a Sukhoi 30 aircraft, which was aimed at confirming missile’s capability to undergo manoeuvre involving very high gravitational forces upto the order of 30 ‘g’. These fourth and fifth launch campaign were coordinated by Air Headquarters including the flight of Lakshya target.

The Defence Research & Development Laboratory (DRDL), Hyderabad of the Missile Complex is the primary development agency for the missile. Dr. K. Jayaraman, Director, DRDL was present at the mission centre overseeing the trials along with Dr. Subhash Chandran, the Programme Director. Dr. VG Sekaran, Director General (Missiles & Strategic Systems) has congratulated the team of designers, technologists, production and quality agencies, and Air Force for developing and testing such a complex system which is comparable with the best in the world.

The Project Director Dr. S Venugopal said that “the fourth and fifth Air Launch of ASTRA was once again perfect in all respect and engaged the target with precision. More tests will follow to prove its repeatability.” He said Astra has proved its capability as a formidable weapon.