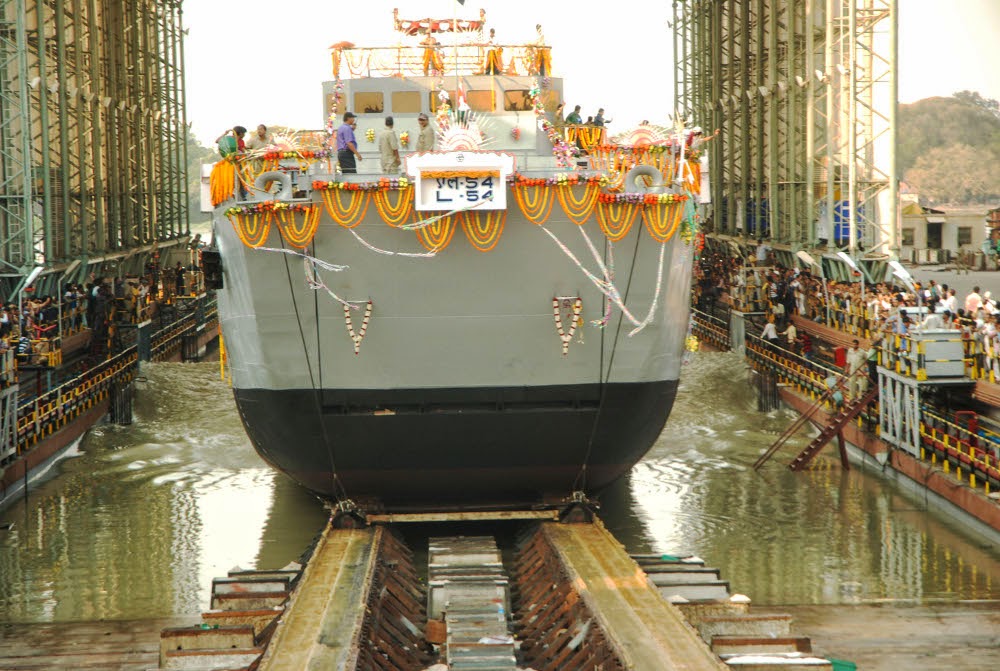 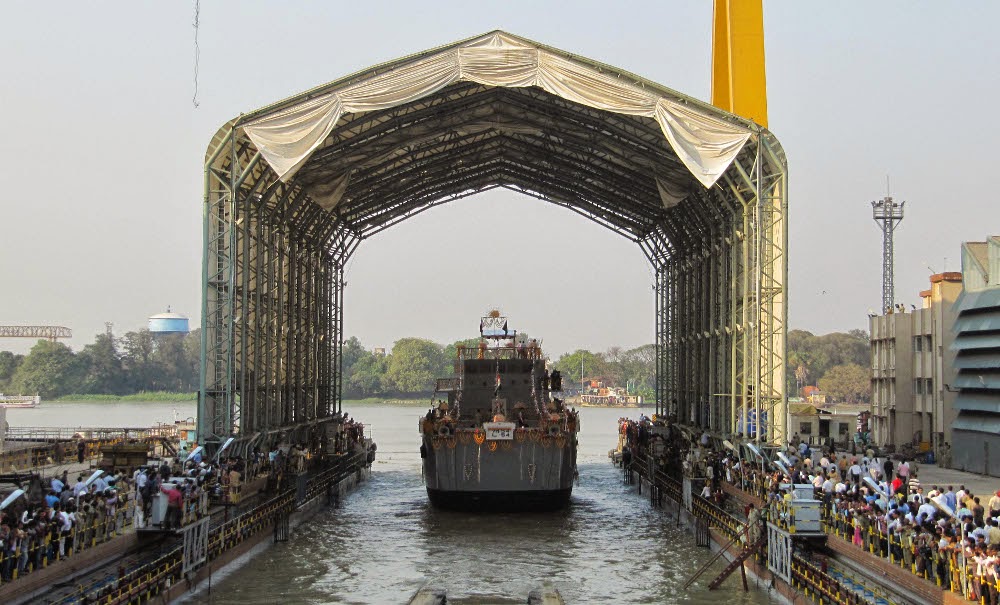 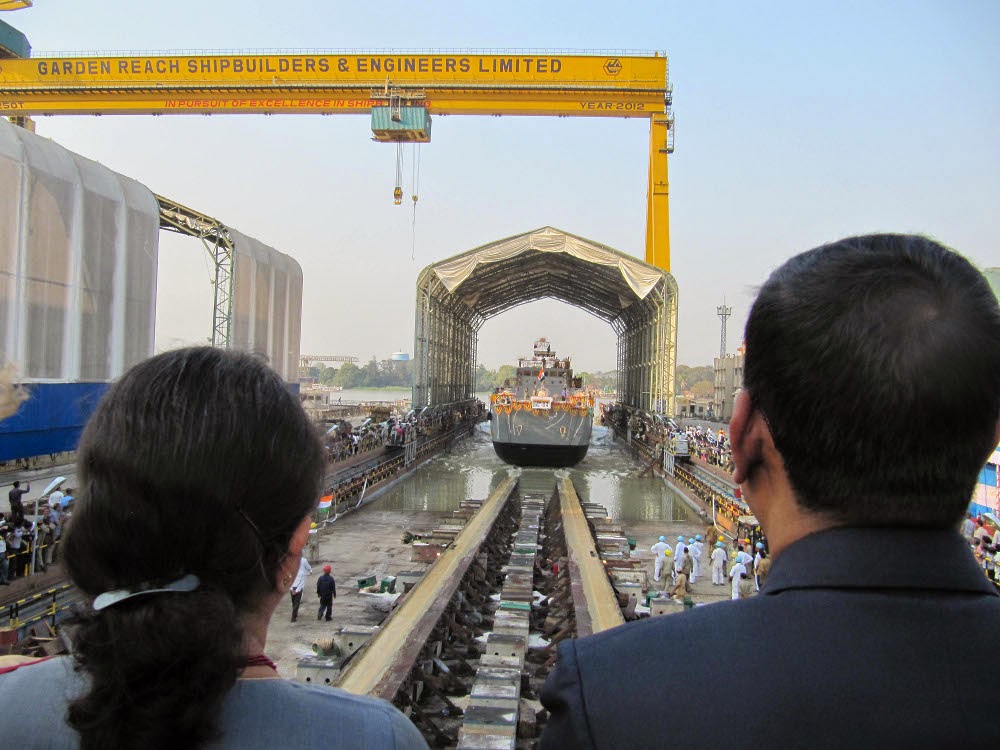 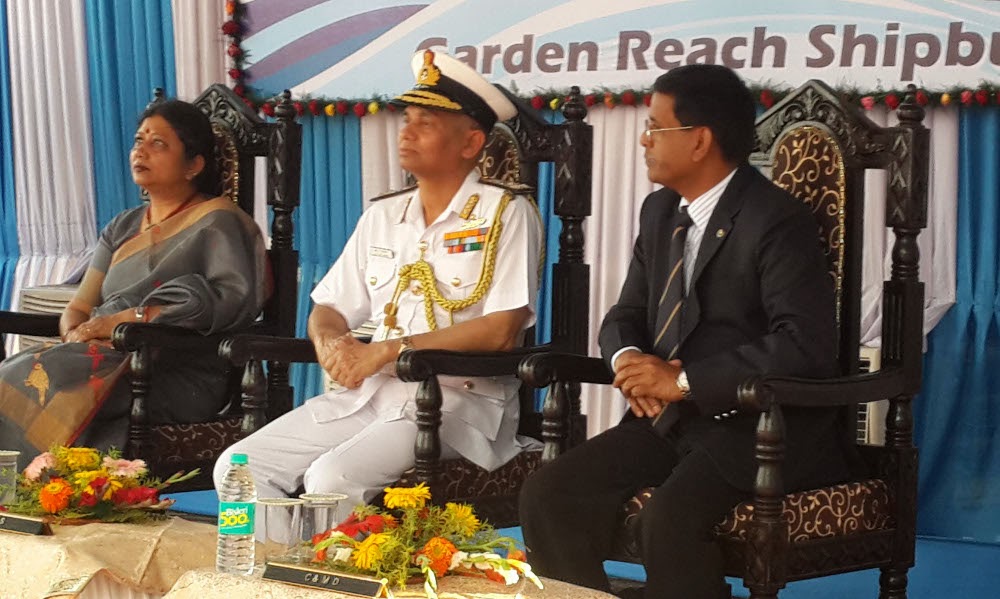 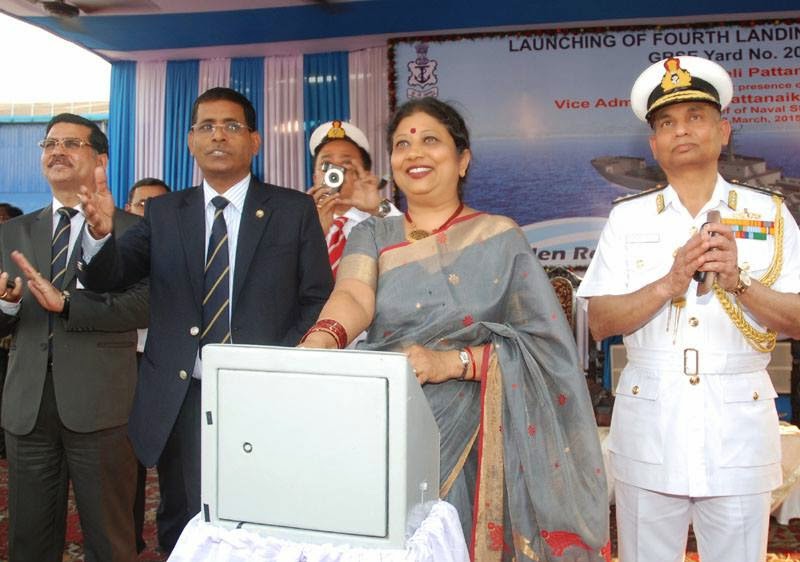 Adding yet another milestone in India’s quest for self-reliance in sophisticated shipbuilding, the fourth ship in the series of eight Landing Craft Utility (LCU) Mk IV project - Yard 2095 - for the Indian Navy was launched at Garden Reach Shipbuilders and Engineers Ltd (GRSE), Kolkata, here today (23 Mar 2015).

The launching of Yard 2095, designed and built by GRSE was done in the presence of Vice Admiral RK Patnaik, Deputy Chief of the Naval Staff and Smt. Seli Pattanaik.

Invocations from Atharva Veda were recited and Smt. Pattanaik named the ship ‘LCU L54’ and wished the ship good luck before launch.

Speaking on the occasion, Vice Admiral Pattanaik asserted that Indian Navy has been the torch-bearer in the drive for indigenous construction of warships and acknowledged the role of GRSE as a reliable partner in pursuing the national goal of ‘Make in India’.

The DCNS also extended warm felicitations to the entire team of the GRSE for their significant contribution towards meeting the Navy’s growing requirements of state-of-art warships.

Two LCUs were earlier launched on March 12 and September 23, last year. The third LCU was launched on January 16, this year.

These ships will play significant role in transportation of main battle tanks, armoured vehicles and troops of the Indian Army during amphibious operations.

The ship can be deployed for maritime roles like maritime security, beaching and un-beaching operations, humanitarian relief operations and evacuation from distant islands, search and rescue operations besides peacekeeping missions.