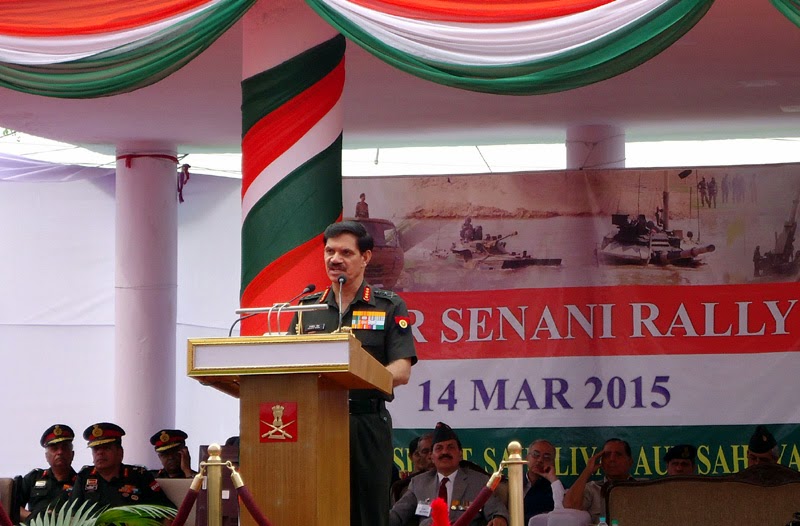 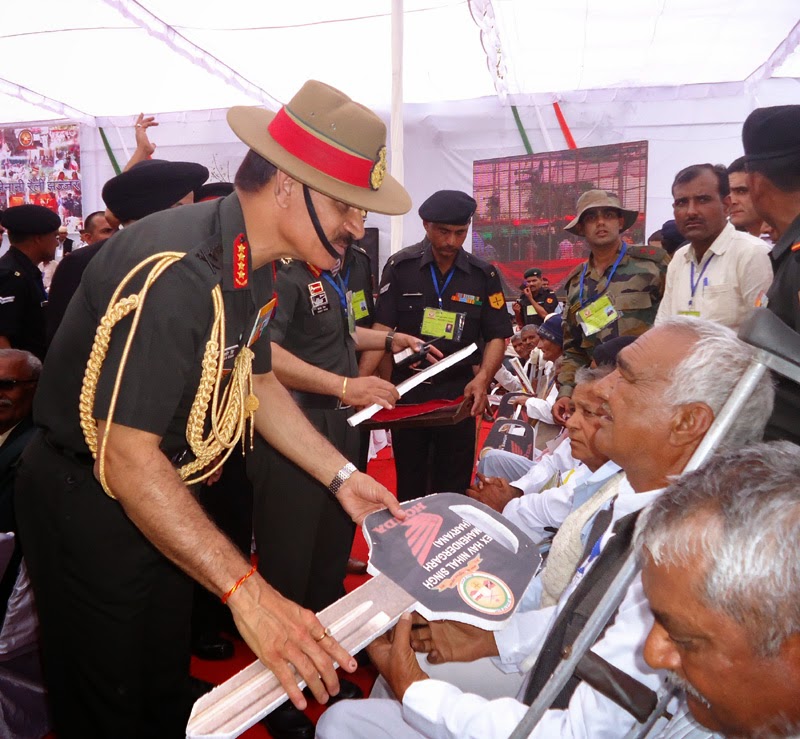 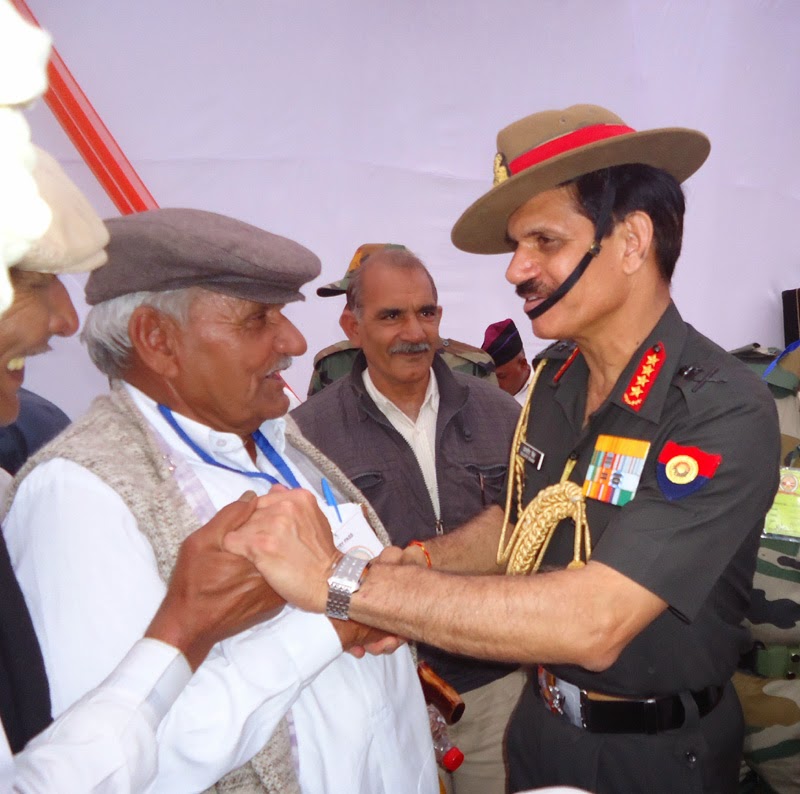 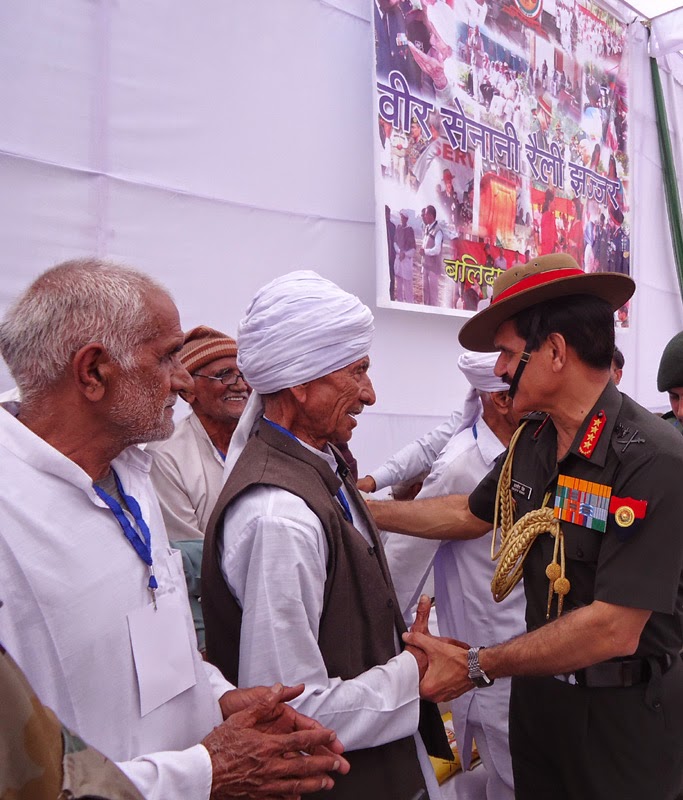 The Chief of Army Staff, General Dalbir Singh meeting and interacting with veterans and ex-servicemen during theVeer Senani Rally, at Jhajjhar, in Haryana on March 14, 2015.

Gen Dalbir Singh, Chief of Army Staff, Mr Depinder Singh, Chief Secretary Haryana  and many other dignitaries were present on the occasion to interact with the Ex Servicemen.  The Rally was aimed to achieve the motto of providing “SAMMAN, SEHAT, SAHULIYAT AUR SAHAYATA” to Veterans and Veer Naris. A dedicated effort of one year had preceded the Rally wherein army personnel visited each and every village and house within the nine districts to re-establish contact with retired army persons (Veterans) and Veer Naris.

A number of stalls were established to cater for various aspects of Ex Servicemen viz ECHS, CSD, Resettlement, Sainik Boards, Helpline, Record offices, etc. A fully equipped Medical Camp was also organized as part of the rally from 12-14 Mar 2015.The medical camp had a extensive presence of various specialists to provide advice and medicines.

While addressing the Veterans at the Rally, Gen Dalbir Singh, Chief of the Army Staff expressed army’s solidarity with its retired fraternity and assured the gathering that the government and the Army are sensitive to their needs and would take every step to ensure that the Ex-Servicemen and their families are cared for and looked after well.

The Chief of Army Staff presented 39 Modified Auto-Scooters for a total amount of Rs 26,00,000/- and six Wheel-Chairs for a total of Rs 2,27,760/- to those soldiers who had become paraplegic or amputees during various military operations. Besides, a number of Veterans, Veer Naris and widows received benefits of various grants and aids under various schemes like Resettlement, Educational Scholarships, marriage grant to daughters and financial aid for a total amount of Rs 6,00,000/- . 150 shawls were presented to war widows and Veernaris, while 400 blankets were presented to the veterans and disabled soldiers , as a mark of respect and solidarity.   The Rally not only re-touched the lives of retired army personnel but also enabled provisioning of assistance to a massive population base by arranging benefits of various welfare schemes of the Government and Army at a single venue.