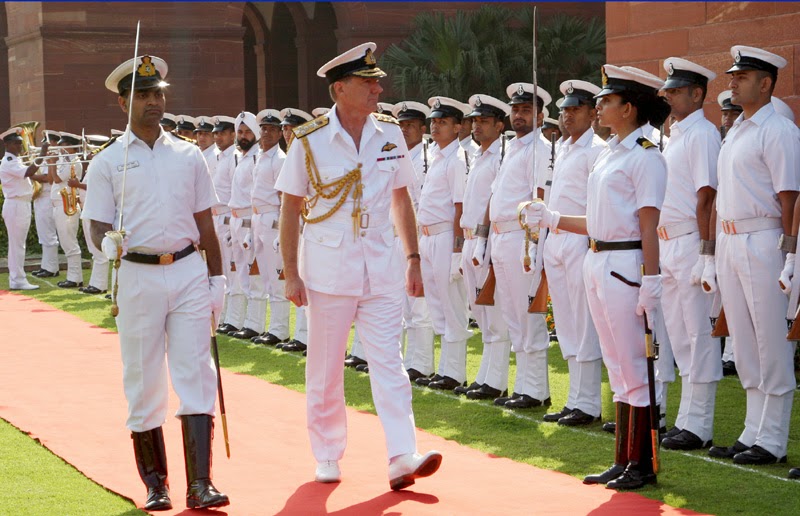 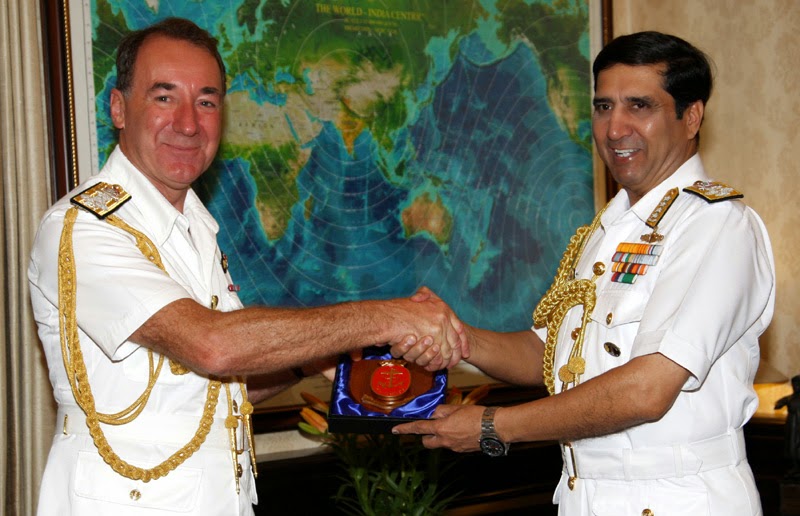 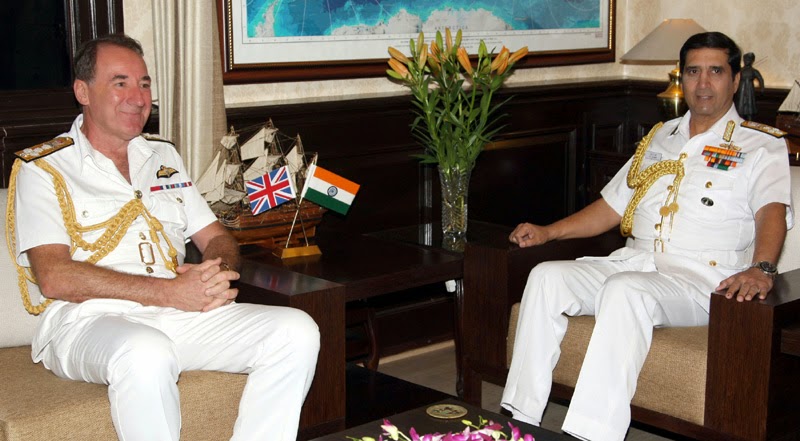 The Admiral was received at South Block lawns today by Admiral RK Dhowan, Chief of the Naval Staff, Indian Navy and was accorded a ceremonial guard of honour. During the day, the dignitary is scheduled to hold bilateral discussions with the Defence Minister and the three Service Chiefs as well as various senior MoD and other government officials at New Delhi.

The Indian Navy and the Royal Navy cooperate with each other in technical training, anti-piracy patrols and Navy to Navy Staff Talks. The two navies have been exercising together at sea in the bilateral EX KONKAN since 2004. Warships from both navies call at each other’s ports, which provide excellent opportunity for professional interaction and building bridges of friendship. Issues that are likely to be discussed during the First Sea Lord’s visit include enhancement of training exchanges, improving maritime domain awareness by sharing of white shipping information and participation of the Royal Navy in the prestigious International Fleet Review being organised by the Indian Navy off Visakhapatnam in Feb 2016.