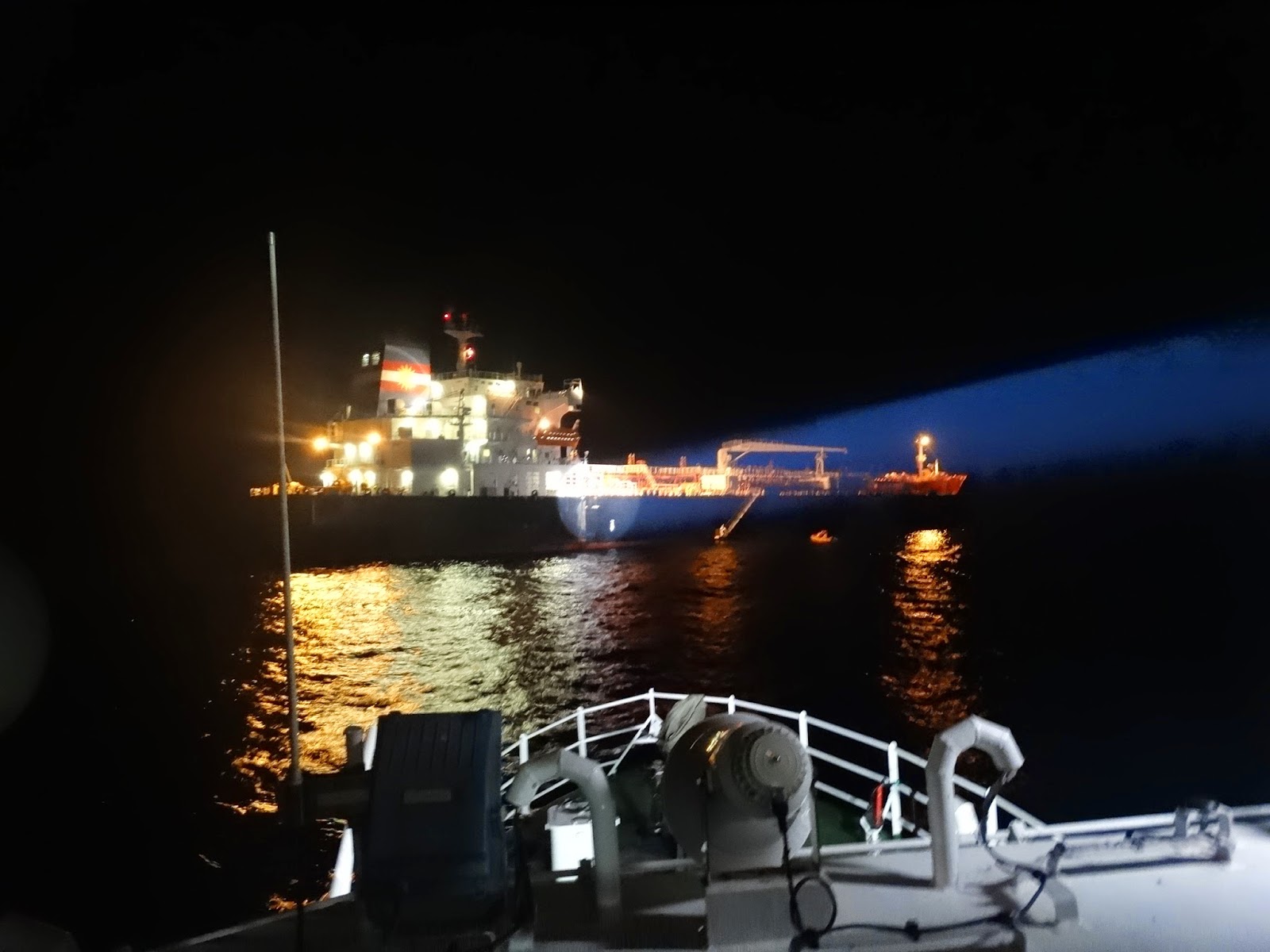 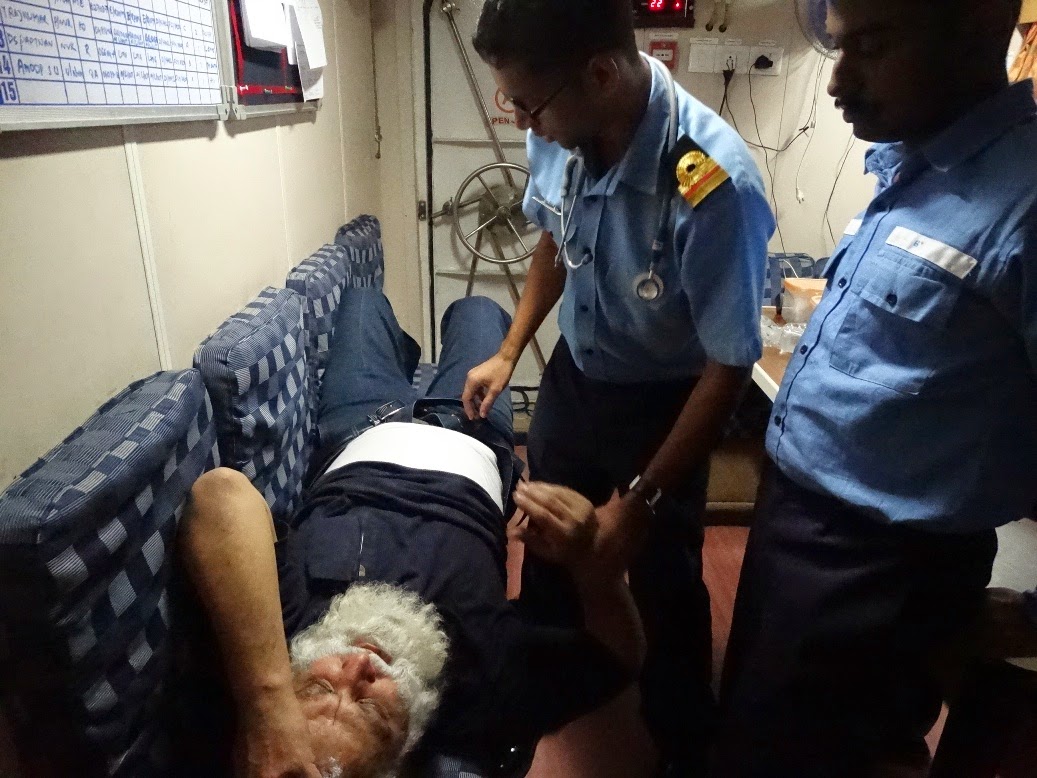 On receiving the message for medical emergencies on board Mt Bunga Angsana, Coast Guard operation team immediately closed up for coordination of the medical evacuation at Beypore on Feb 07 Feb 15.

The vessel was on passage from Sohar, Oman to Singapore with 29 crew (India 01, Phillipino 02, Indonesian 02, Pakistani 01 and Malaysian 23)

Onboard carrying cargo oil tanker, Port of registration-Malaysia. Indian Coast Guard Ship C-404 sailed with medical team onboard for medical evacuation operation at 2010 hrs on 07 Feb 15. On reaching Datum the patient was examined by the medical team of Coast Guard onboard Mt Bunga Angsana and first aid was provided. Despite dark hours and rough sea condition, the patient was safely evacuated and brought to Beypore Port at 2350 hrs on 07 Feb 15. On completion of imigration formalities at Beypore Port, the patient was immediately shifted to MIMS hospital, Kozhikode by Coast Guard ambulance. Mt Bunga Angsana continued her further voyage to tehn next port of call on completion of evacuation.